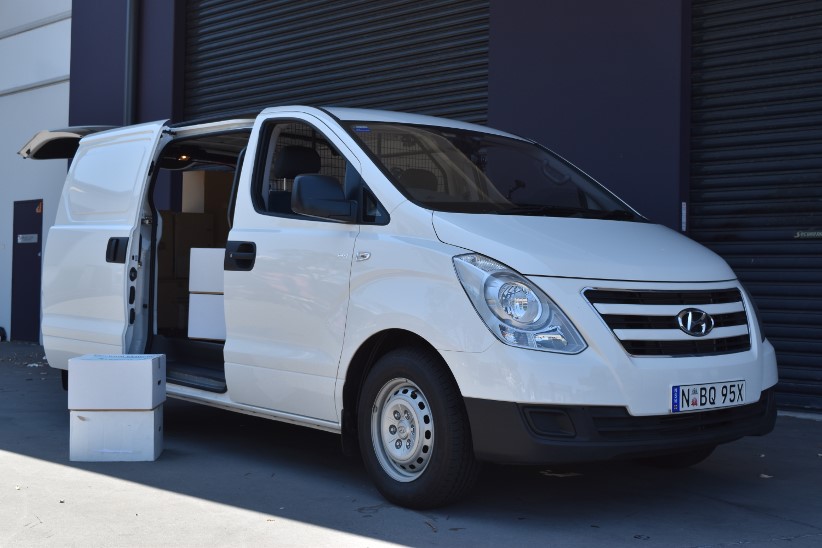 For many years the Hyundai iLoad has been delivering the goods and when I recently sampled the latest update of the iLoad, I can it attest that it still delivers and in so many ways.

When you think about company or fleet car drivers, your thoughts at times lead you to sales reps travelling all over the country pedalling their wares. But then I thought that most likely is a misconception, as the vast majority of fleet drivers actually are tradies, service people and delivery vehicles. And they drive commercial vehicles; you know, utes, trucks and vans (big & small).

So that brings us to the Hyundai iLoad Series II. Released in 2016 it features a new 7” touch screen audio system with simple to use Bluetooth connectivity for your phone as well as Siri Eyes Free (iOS)/Google Now (Android) voice activation.

The touch screen also doubles as the monitor for the reversing camera on Liftback models and reversing sensors/beepers are now standard. And for added safety the iLoad now has 4 airbags and a 60kg rated cargo barrier as well.

The 2.5 litre CRDi turbo diesel delivers power (125kw) smoothly and easily through the five speed auto transmission as well as having the highest torque figure (441nm) in its class, yet returns a respectable 8.8l/100km fuel economy.

Sliding doors (with an internal step) on either side as well a large liftback tailgate or twin swing doors at the back, makes accessing the vast cargo area (1 tonne payload and 4426 litres) a breeze for any sized load.

Out on the road the iLoad strength’s continue on, in that for a van, it is so comfortable to drive. It just feels like a large car, except that you sit up higher (higher than most SUV/4×4’s). The seating position offers a commanding view of the road ahead and the large mirrors provide a good view of where you have been. An exceptionally small turning circle (11.2m) makes it very easy to manoeuvre in tight city streets and delivery docks.

Ride quality and NVH on the iLoad is very good for a van and the addition of cruise control with steering wheel mounted controls across the range should add to driver comfort on longer drives.

But I found myself more often than not frustrated with the cruise control as it would not hold speed consistently (up and down by 10 km/h and more from the set speed) and consequently with the speed camera infested roads that we have today, I ended up turning it off and driving the van myself.

Internal steps and grab handles make access to the cabin easy and it can seat 3 up front in comfort. The centre seat back folds down to provide extra space to put things as well as somewhere for your coffee cup. As you would expect the in cabin storage space abounds, with dual gloveboxes and double front door bins.

There is a 12V outlet and USB/AUX ports in the front to power your phone/dash cam or Sat Nav, should you wish to bring them along. And I found something I hadn’t seen in a new vehicle for years, a cigarette lighter & ash tray. Which for me was great as I now could power my Sat Nav and dash cam at the same time, with the extra 12V outlet.

The iLoad has been around since 2008, with a couple of minor updates to equipment levels over the years, but it has had the same exterior styling for all that time. In driving the iLoad it is an honest, reliable workhorse that will always do what is asked of it, and that alone would make any fleet driver happy. I would even say that it is a fantastic van.

However in a very competitive and increasingly congested market, to keep future iLoad drivers happy, the next update might need some external styling tweaks to make a future iLoad look different from the past.

At a Glance Info