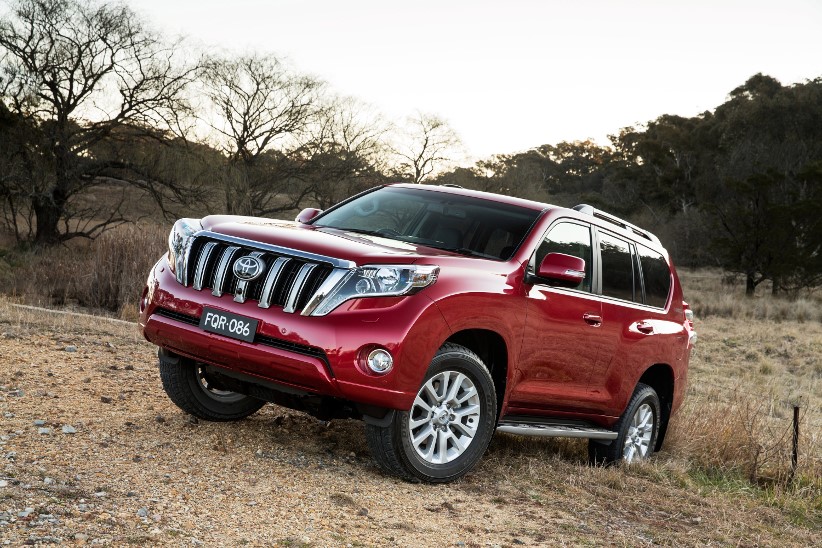 More Australians have bought a Toyota LandCruiser Prado than any other SUV since the popular model was launched here in July 1996.

After 19 years and one month on the local market, Prado sales have reached a total of 236,947 vehicles of which almost 142,000 or approximately 60 per cent have been diesel-powered.

No other SUV has recorded as many sales over the same period, making Australia the fifth biggest market in the world for Prado.

The next best-selling SUV in Australia since July 1996 is a Toyota stablemate, the RAV4, which is hot on Prado’s heels with 235,630 sales.

When all-time sales are tallied, the three Toyota vehicles remain on the podium as Australia’s best-selling SUVs, although the order changes to LandCruiser (with wagons offered in Australia since the 1970s), RAV4 (launched in 1994) and Prado.

Since its first full year of sales in 1997, Prado has been the best-selling vehicle against its direct competitors in 12 years and has been runner-up five times. It has been the yearly top-seller among all SUVs on five occasions.

Originally fitted with petrol engines, Prado received its first turbo-diesel powerplant in 2000 – a 3.0-litre four-cylinder designated 1KZ-TE. The improved 1KD-FTV engine was introduced in late 2006 and has now been superseded by the high-torque 2.8-litre 2GD-FTV.

The proportion of Prado diesel sales has risen every year since 2003. Petrol continued to account for the majority of sales until 2006 when diesel narrowly became the preferred choice of customers by just 92 vehicles.

After that, the diesel floodgates opened. In eight-and-a-half years since the start of 2007, customers have overwhelmingly plumped for diesel over petrol at an overall rate of better than six to one.

In quick succession, the diesel proportion of Prado sales jumped to 66.5 per cent in 2007, almost 78 per cent in 2008 and more than 80 per cent – and growing – in each of the following three years.

Prado has grown in popularity over the years. It took just over 10 years to reach 100,000 sales and only seven more years to double the tally.