LATEST NEWS
SYDNEY
Home Safety When will the stupidity stop! 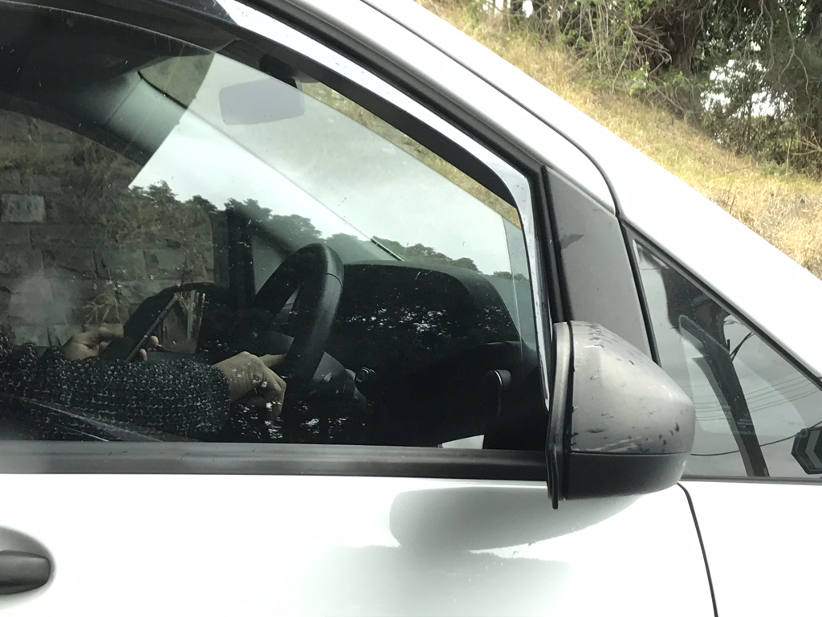 When will the stupidity stop!

Is it just me? Surely I’m not the only one shaking their head every time I see someone using their phone behind the wheel. Heads up…this is rant.

While waiting at a set of lights in the middle of the day in suburban somewhere, I looked over and saw this idiot. I was a passenger so snapped the shot and bored my colleague for the rest of the drive with the question of, why do people need to touch their phones while driving? Haven’t they heard of Bluetooth? Surely millennials, who were born after it was invented, would be on top of this.

So then we started playing Spotto with some different rules. You scored a point when you spotted a driver holding a mobile phone. After half an hour I felt Steve Smith batting during the recent Ashes series – century, double century. It was a lot easier to score points than looking for a yellow car.

Finally the NSW government is taking some stronger action after years of wasting money on education campaigns (Stop it or cop it, Use it and lose it, Get your hand off, When you’re on the phone you’re driving blind). They have introduced cameras to catch people holding their phones while driving. And they’re really good at doing it!

Here’s all the alternative options to holding a phone that I can list in 30 seconds;

In case you’re not sure about the rules, here’s the law in Victoria for phone use which is similar to most states;

A fully licensed driver can use a phone to make or receive a phone call, to use its audio/music functions or perform a navigational (GPS) or intelligent highway vehicle system (in vehicle warning system) function but only if the phone:

Ok, not a complete rant. I did include some handy tips and useful information once I got the anger out.