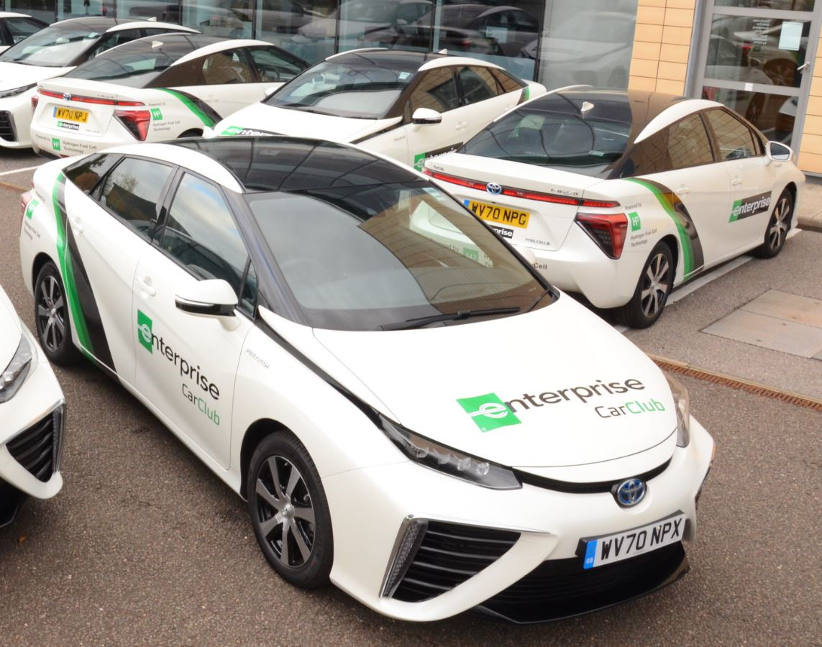 The Toyota Mirai saloons will be used in a pilot programme by existing corporate customers in different parts of the country, by Enterprise Car Club members and by Enterprise employees.

Iain Macbeth, Enterprise European partnerships and innovation strategy director, said: “Our goal is to use this fleet of hydrogen vehicles to examine the potential for the technology in practical working environments.”

Macbeth explained that the rental company wants to see what role hydrogen vehicles might play in the future.

“As a family-owned business, we operate with the next generation in mind,” he said. “This underlines our decision to explore emerging technologies such as hydrogen fuel cell, so we can understand the impact they can have in real-world situations and can gather feedback from users.”

Enterprise works closely with manufacturers to explore how emerging technologies such as hydrogen fuel cells can be deployed in real world scenarios and is continuing to introduce electric vehicles (EVs) through its rental fleet, and especially as part of the Enterprise Car Club.

The fuel cell on board the Toyota Mirai uses hydrogen to make electricity to power its motor. The car can be refuelled at a hydrogen pump in the same way as a petrol or diesel vehicle, in three minutes, and has a driving range of around 300 miles on a tank of hydrogen fuel.

Jon Hunt, Toyota GB manager alternative fuels, said: “We’ll be very interested to see the results of Enterprise’s pilot study into the use of hydrogen-fuelled Mirai cars for its fleet.

“This is another example of commercial companies exploring the potential of these zero-emission cars as we progress towards a hydrogen society.

Toyota revealed the second-generation Mirai late last year, which is bigger, more powerful and able to travel further than its predecessor.