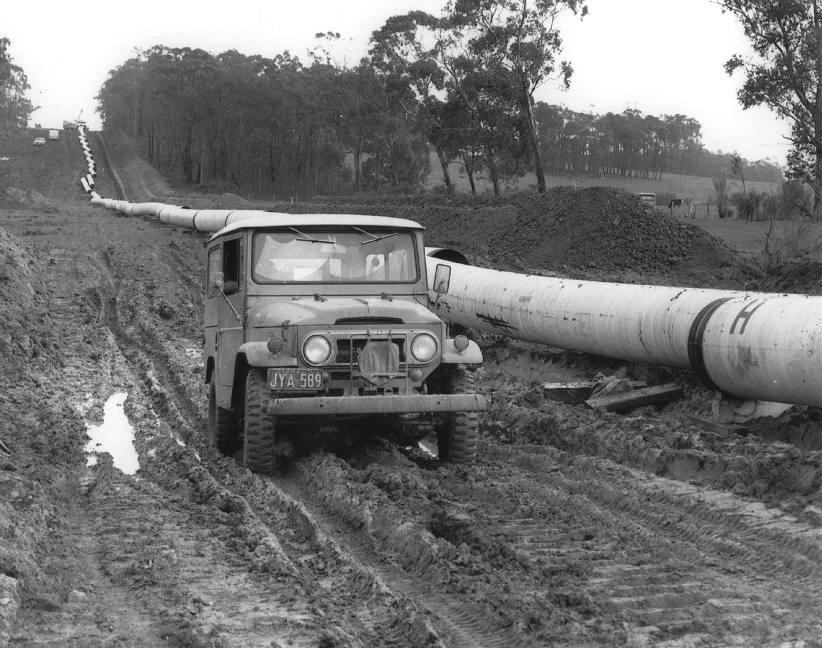 Australians have bought more than 10% of all LandCruisers sold globally

Toyota Motor Corporation has announced that Australians have bought more LandCruisers than any other country as the iconic vehicle brand passes 10 million global sales. And no wonder, it’s been on the FAN top 10 list of novated lease vehicles for several years.

Local sales exceed 1.065 million vehicles, an impressive 10.6 per cent of the global tally that includes today’s LandCruiser Prado, 70 Series and 200 Series and their predecessors.

LandCruiser is Toyota’s longest-selling nameplate. It was originally launched in 1951 as the Toyota BJ and renamed LandCruiser in 1954 – 12 years ahead of the launch of another long-time customer favourite, Corolla.

Last year, Australia retained its global leadership with local customers buying 42,267 LandCruisers – 13.3 per cent of the world total of more than 318,000 vehicles.

LandCruiser is sold in approximately 170 countries and regions worldwide.

“In Australia, one of the first LandCruiser customers was construction magnate Sir Leslie Thiess, who bought several for use on the rugged construction trails of the Snowy Mountains Hydro Electric Scheme,” Mr Hanley said.

“Like all the other four-wheel-drives, the LandCruisers had some issues in the extreme conditions, but it was Toyota’s response that set the company apart from its rivals.

“Toyota flew out engineers from Japan who lived on site to study and rectify the problems. They also flew out parts and sent the broken bits back to Japan – to analyse them and fix problems at the source.

“This was an amazing engineering response – an absolute determination to deliver quality, durability and reliability.

“It’s that dedication to providing trouble-free performance that has been crucial to the success of the Toyota brand across Australia.”

LandCruiser began life as the dream of TMC founder Kiichiro Toyoda who was determined to produce a vehicle with low price, high performance and economy – fully made in Japan.

By January 1951, Toyota had produced a prototype known as the Toyota BJ – a one-tonne truck chassis with a petrol-powered water-cooled in-line six-cylinder 3,386cm3 unit.

Six months later, test driver Ichiro Taira drove a prototype to the sixth of 10 checkpoints on the 3,775m Mt Fuji – higher than anybody had thought possible in a four-wheel-drive vehicle.

In June 1954, director of technology Hanji Umehara (later a managing director) renamed the 4WD the LandCruiser.

Full-scale exports of the LandCruiser began with the 20 series which was introduced in November 1955.

Since then, Toyota has consistently developed versions that cater to customer needs, while maintaining the reliability, durability and drivability on poor roads that were the development concepts on which the LandCruiser is based.

Initially, fewer than 100 units a year were exported; by 1965, 10 years after full-scale exports commenced, that figure had passed 10,000 units a year.

The LandCruiser contributed significantly to increased trust in the Toyota brand around the world and created a foothold for the company to expand its exports.

Due to its outstanding reliability and durability, there are regions where LandCruiser 40 series vehicles continue to be used today, some 50 years after they were manufactured. 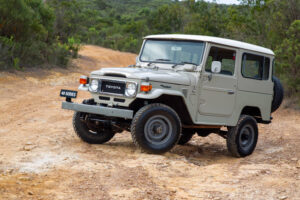 The history of the LandCruiser symbolises Toyota’s QDR – quality, durability and reliability; at the same time, it is the source of Toyota’s car-making for the world, and for people. The LandCruiser is a reassuring companion for conducting work and lifestyles; it is a car that transports people’s lives and items, and that fulfils people’s mobility dreams; and it is a car that enables people to go where they want, when they want, and to return safe and sound.

In Australia, LandCruiser is used for mobility in zinc and copper mines some 1,600 metres underground; it is also used to herd cattle on vast cattle ranches of 8,000 sq. km; and it is a popular choice for city-based families.

In Africa, LandCruiser is used to provide humanitarian assistance: in Burundi, to carry malaria-infected children to hospital; and in refugee camps in Uganda, to transport patients to clinics.

In Costa Rica in Central America, there are regions where the LandCruiser is used to harvest carrots at altitudes of 3,500 meters, on slopes so steep that even humans have difficulty standing-the reason being that “only the LandCruiser is capable of reaching these fields.”

Indeed, there are many places around the world where it would be impossible to live from day to day without the LandCruiser.

The 10 million LandCruisers have been used on a variety of different roads, and they have contributed to the refinement of Toyota passenger cars.

To continue to cater to – and even exceed – customer expectations, development of the LandCruiser will take place on the premise that it will be used in every corner of the world.

To this end, Toyota intends to set even more rigorous standards and to continue to engage in car-making with the goal of creating a truly unique car.