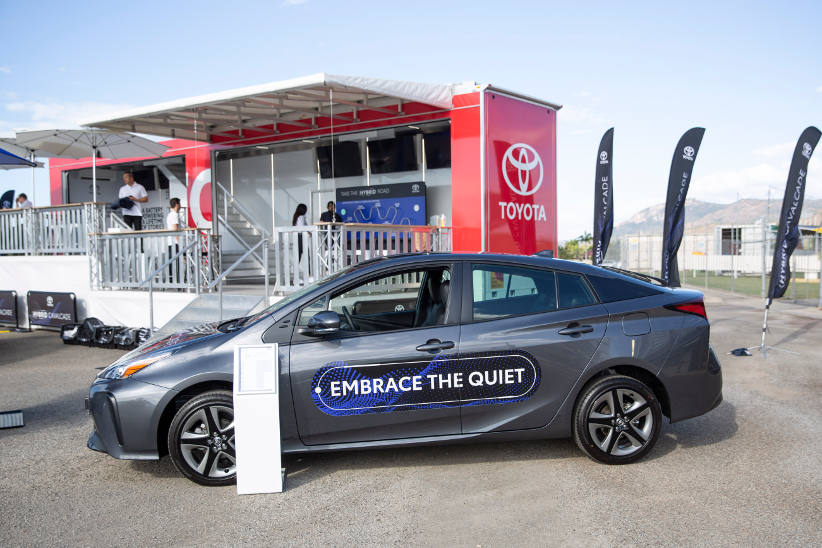 Toyota Australia has launched the Toyota Hybrid Cavalcade, an Australia-wide series of inspiring and educational events to bring Hybrid technology to life.

The Hybrid Cavalcade will be making its way through regional Australian towns throughout the year, dispelling common myths about Hybrid vehicles and providing information on the critical role these sustainable vehicles can play in shaping regional Australia’s transportation needs.

The new initiative kicked off in Townsville at an NRL game between North Queensland Cowboys and Brisbane Broncos, with an interactive display that allowed fans to get up close and personal with Toyota Hybrid vehicles and explore the benefits of the technology.

Mr Hanley said Toyota’s Hybrid technology is suited to a wide variety of applications from smaller city cars to capable off-tarmac SUVs like RAV4, and it was in the process of rolling out the technology across the entire Toyota model range.

“We currently have six Hybrid vehicles available, with plans to introduce four more by the end of 2020, making Hybrid more accessible to all Australians.

“The Toyota Hybrid Cavalcade is evidence of our commitment to supporting regional Australia with responsible and sustainable motoring solutions. Our goal is to educate and demonstrate to regional communities just how valuable this technology can be to both the hip-pocket of motorists and also to protecting our environment,” he said.

As well as events held at dealerships, the Hybrid Cavalcade will be making an appearance at a variety of major regional events as it makes its way around the country. Each major Hybrid Cavalcade event will play host to a Hybrid festival-like display involving a collection of interactive, fun, educational and engaging activities designed to draw people into the Hybrid space and help them learn more about Hybrid technology and the benefits it provides.

Toyota Motor Corporation Japan recently announced a significant acceleration in the development and launch of electrified vehicles to account for more than 50 per cent of its global new-vehicle sales by the end of the next decade. By 2025, it plans to have a dedicated electrified model, or electrified option for every model, in its range. The term ‘electrify’ includes hybrid-electric, plug-in-hybrid electric, battery electric or fuel-cell electric powertrains.

Toyota invites all members of the community to join in the fun at their local event and discover how Hybrid vehicles are changing the game.

The Toyota Hybrid Cavalcade tour now heads south, with the next stop being local participating dealerships in Tasmania and Victoria from September.