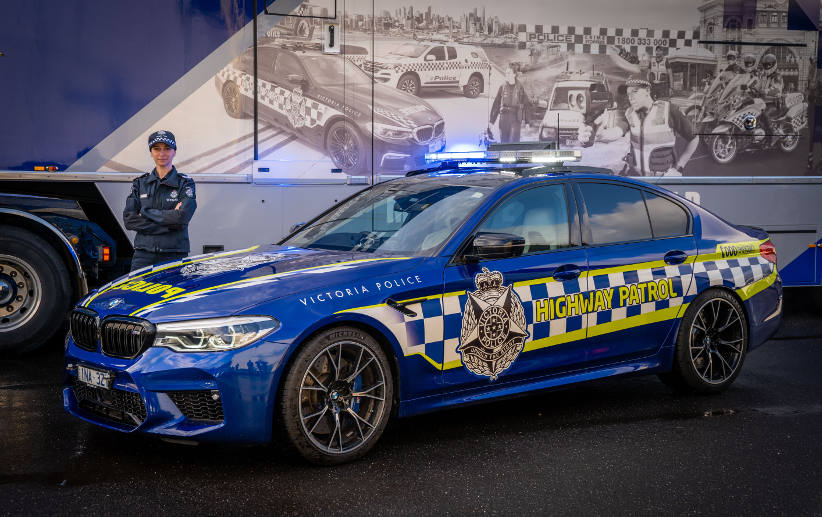 BMW Group Australia is proud to continue its strong association with Victoria Police by delivering a specially-liveried BMW M5 Competition to the force.

“Our 530ds have impressed the force with their combination of performance, comfort, dynamics and efficiency. With our Condition-Based Servicing model, these vehicles offer strong lifecycle value for Victoria Police.

“Now with the incredible BMW M5 Competition entering Victoria Police service, the performance level has jumped up the scale. When combined with the safety of the xDrive four-wheel drive system, the M5’s all-round ability aspects makes it a natural fit for dynamic police duties,” he said.

The BMW M5 Competition that has been supplied to Victoria Police has a top speed of 305km/h, which is the highest capacity of any operational police vehicle in Australia.

It is equipped to be fully operational as a Highway Patrol Vehicle and has been selected for its incredible depth of ability.

Producing 460kW from its twin-turbocharged 4.4-litre V8 engine, driving all four wheels via an eight-speed automatic gearbox, the BMW M5 Competition has set a benchmark for high performance sports saloons.

The BMW Group provides vehicles to authorities across four continents, including countries such as Germany, the UK, Switzerland, Italy and Hong Kong. These vehicles range from standard passenger vehicles to specially designed and modified emergency or security vehicles – all of which are recognised as providing efficiencies in both fuel and whole-of-life costs, as well as the dynamics, innovation and performance that authorities require, and for which BMW is renowned.