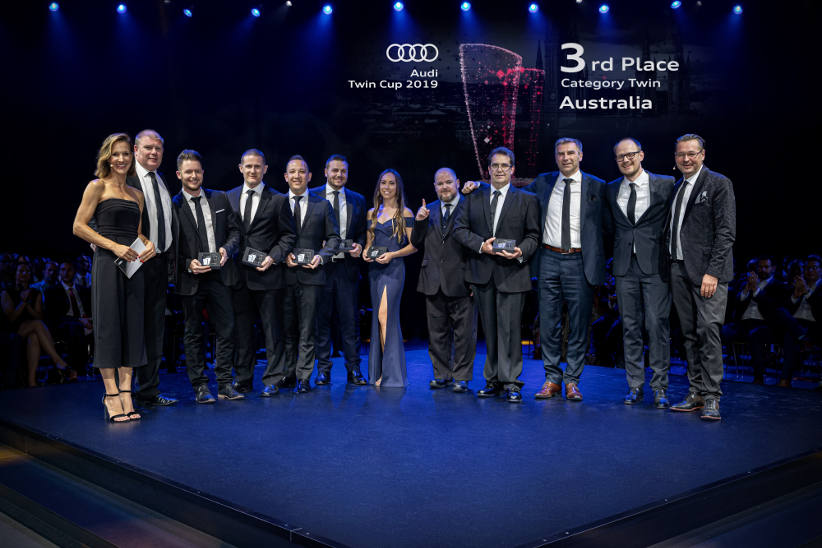 Audi Australia’s best service technicians and advisors have once against distinguished themselves amongst the best in the world at the international final of the Audi Twin Cup 2019 in Wiesbaden, Germany.

Now in its 15th year, this fiercely contested competition brings together the best of the best from Audi markets around the world, showcasing the skills and expertise of their finest service technicians and advisors.

Before reaching the international finals, more than 2400 Audi teams worldwide took part in their own national competitions to select the best representatives in their respective fields to represent their country. At the end of these rigorous competitions, 57 teams from 29 countries travelled to Wiesbaden in Germany to test their mettle over two days of intensive competition to decide the best three Audi teams in the world.

For the fourth consecutive year, Team Australia, made up of one Service Manager and two Service Advisors, cemented its position amongst the very best Audi teams in the world with a podium finish in the overall ‘Twin Cup’ category and the technical component of the team was unbeaten with a perfect score of 100.

“It is gratifying to again be amongst the best in the world,” said Jerome Figuiere, After Sales Director at Audi Australia.

“With so many outstanding Audi teams worldwide, it is a credit to our people and our commitment to excellence here in Australia, that our team consistently rank in the top three internationally.”