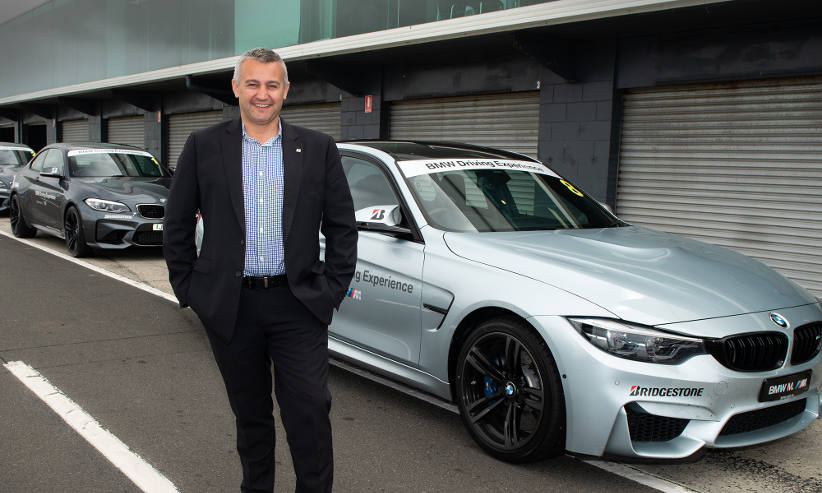 Bridgestone Australia & New Zealand will see a management change in 2022 with the appointment of Heath Barclay as Managing Director from January, having started his career in the industry as a part-time tyre fitter in regional New Zealand while finishing high school.

Mr Barclay currently holds the role of Sales Director at Bridgestone Australia having held numerous positions in both New Zealand and Australia originally as a part-time fitter at his local Firestone store in Dannevirke. In 1994, he joined full time as the store’s manager and attracted the attention of Bridgestone NZ (then Firestone) and was offered a Management Cadet role in 1996.

Within Bridgestone NZ, Mr Barclay on to climb through the ranks working in roles within marketing, consumer business and general management. In 2013 he relocated to Australia as the Group General Manager of Retail and Marketing, then serving as Associate Director Sales & Marketing and as a new member of the board, before becoming Sales Director in 2017.

As Bridgestone continues its evolution towards its global mid-to-long-term business strategy announced in 2020, Mr Barclay is enthusiastic to lead the company through what will be a significant era.

“Last year the global strategy for Bridgestone 3.0 was announced, and since then we have been laying the foundations to execute this strategy, and I’m honoured to be presented with the opportunity and responsibility of leading Bridgestone Australia & New Zealand through this period,” Mr Barclay said.

“It’s no secret that I’m passionate about this company having spent half my life working for Bridgestone. As a business, we have significant plans, and we have a great team to bring them to life and realise our mid-long-term strategy.”

Incumbent Managing Director, Stephen Roche, will retire at the end of the year following a three-and-a-half-year tenure at the tyre company. His time in the role saw the acquisition and integration of Lube Mobile into the Bridgestone business, the launch of the global strategy and steering the business through the COVID-19 pandemic.

“Stephen Roche played a significant role in laying the foundations for Bridgestone Australia & New Zealand’s future over the past few years and personally, I’ve enjoyed working with him immensely. He’s left big shoes to fill, and I’m looking forward to this challenge,” Mr Barclay added.

According to Stephen Roche, Bridgestone Australia & New Zealand’s future looks bright, and Mr Barclay is the ideal candidate to see the business through the next phase of its evolution towards a mobility solutions provider.

“This is a fantastic result for our business and for Heath. He’s passionate about the company, understands the future direction and no doubt will drive the Bridgestone Australia & New Zealand team towards realising our global and local goals. I have full confidence that I am stepping down at the end of the year for the right person to drive the future success of Bridgestone,” Mr Roche said.

“I like to think that I have been the lucky one and have enjoyed my time with Bridgestone – a company with great people and an exciting future.”

Mr Pedroni echoed Stephen Roche’s sentiment about the future of Bridgestone ANZ, and thanked him for his contribution to the business.

“Heath is a committed and trusted professional, and the right leader to take BSANZ into the next level of its evolution. We will support Heath in achieving success in his new role,” Mr Pedroni said.

“BSCAP would like to thank Stephen for his relentless drive in leading the ANZ team towards delivering the financial, operational and strategic targets that were established, and we wish him well in his retirement.”