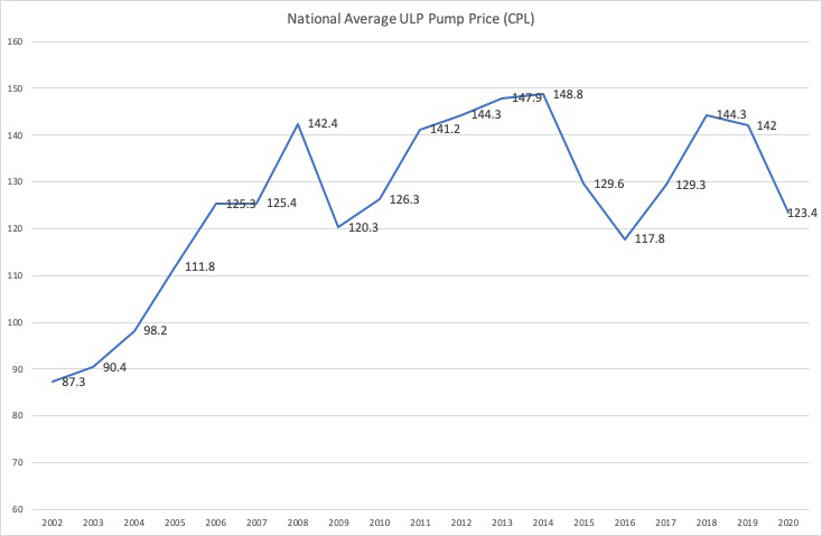 In 2020 petrol and diesel pump prices were cheap

Petrol and diesel pump prices were lower in 2020 compared to 2019 according to the data published by the Australian Institute of Petroleum. Unfortunately, they weren’t as low as 2016 which was the best year to buy petrol since 2006.

The main reason for the drop in prices was COVID. Crude oil prices plunged to $20 per barrel in March as the world went into lockdown and demand dropped. There were reports at the time of negative prices on oil futures. Prices recovered during the year to finish at approximately $50 per barrel in December 2020.

As we write this in February 2021, crude oil prices have gone past $60 per barrel due to the weather event (it’s snowing everywhere) in the US that has shut down oil production in Texas.

The prices listed in the tables above are the average retail pump prices including GST.

This chart shows the historical crude oil prices since 2001. It’s a reminder of the peak in July 2008 (when the GFC hit) that was a factor in the death of the local car industry that only made large cars using lots of fuel, and how prices can change over the decades. 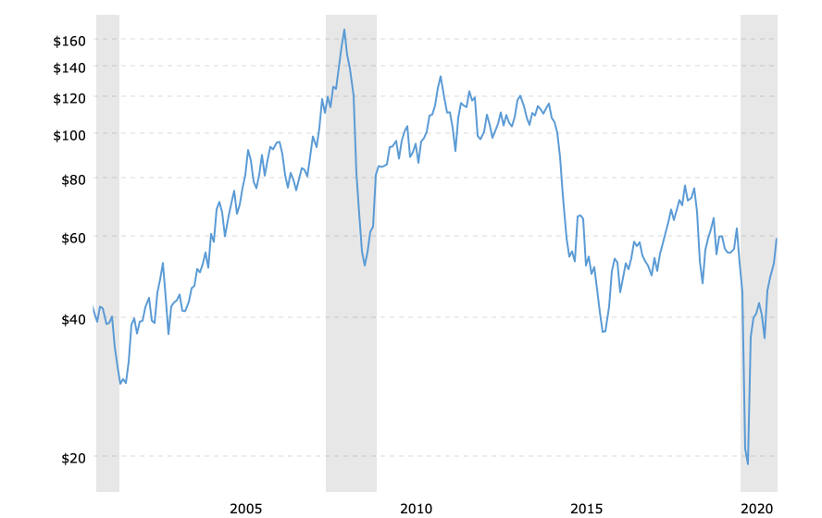 This crude oil price chart was sourced from Marcotrends.