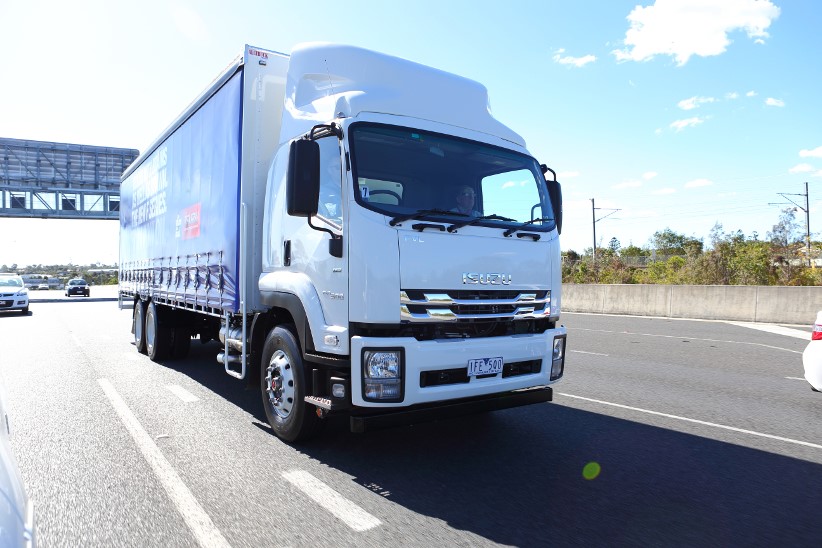 Recent research has confirmed what the Australian road transport industry has been all too familiar with for generations… Australia’s road freight task remains a demanding and highly complex landscape to operate in.

An Australian Bureau of Statistics (ABS) report* into domestic road freight movements (the first to be released in over 13 years) has exposed the sheer scale of an Australian road freight task that is as brutal as it is huge.

ABS survey findings revealed that rigid and articulated trucks moved over two billion tonnes of freight around Australia over a twelve month period in 2014, with a staggering 17 billion road kilometres covered over the same timeframe.

Interestingly, of those two billion tonnes carried by road, over 95 per cent were carried within the same state of origin and destination.

Responding to the challenge, and with nearly three decades of experience at the tiller of Australian trucking, Isuzu Australia Limited (IAL) has yet again put forward a solution in the form of its 2016 medium-duty F Series range.

“It’s unsurprising to note that the intrastate nature of freight movement remains a dominant feature of our industry here in Australia,” Mr Taylor noted.

“Our geographic dispersal in Australia and the rigorous demands on our truck fleet mean there’ll always be a need for flexible, efficient and practical road transport solutions.

“Isuzu’s new F Series range is a direct response to what the transport industry has been asking for and what our customers continue to demand of us. And put simply, that’s quality trucks that won’t let you down.”

Thermic maps* (below) charting movement across all states and territories reveal both the origins and ultimate destinations of road freight, with 71.2 per cent, or just under three quarters of total tonnes carried, originating in New South Wales, Queensland or Victoria. 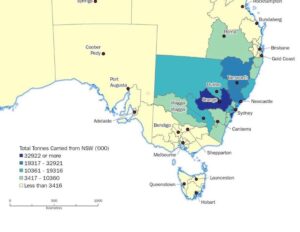 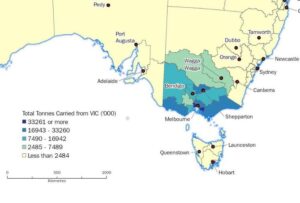 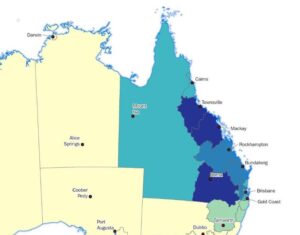 “The research paints an interesting picture of the nature of freight movement throughout the country,” Mr Taylor said.

“We know that majority of freight originates in these three dominant east coast states and then tends to be predominantly moved within its state of origin.

“What that signposts is a truck parc that’s primarily operating over short to mid-range distances across metro and semi-regional terrain. So, as manufacturers, we must remain focused on creating an efficient transport solution for Australian businesses.

“That’s exactly what we’ve endeavored to do with our new medium-duty range.”

The rationale behind Isuzu’s new F Series range, with the introduction of low-displacement, high output engine technology, draws a parallel to the type of commodities moved by road around Australia.

General freight remains the major commodity moved around the country, accounting for 22.4 per cent of all tonne-kilometres travelled. Food is unsurprisingly the next highest contributor with 15.6 per cent, followed by mineral products such as sand, gravel and stone.

“Armed with this sort of information and drawing on the experience of close to three decades as truck market leader here in Australia, we’ve continued to collaborate with our parent company in Japan to develop a range of medium-duty trucks that cover-off on just about every vocational application imaginable.