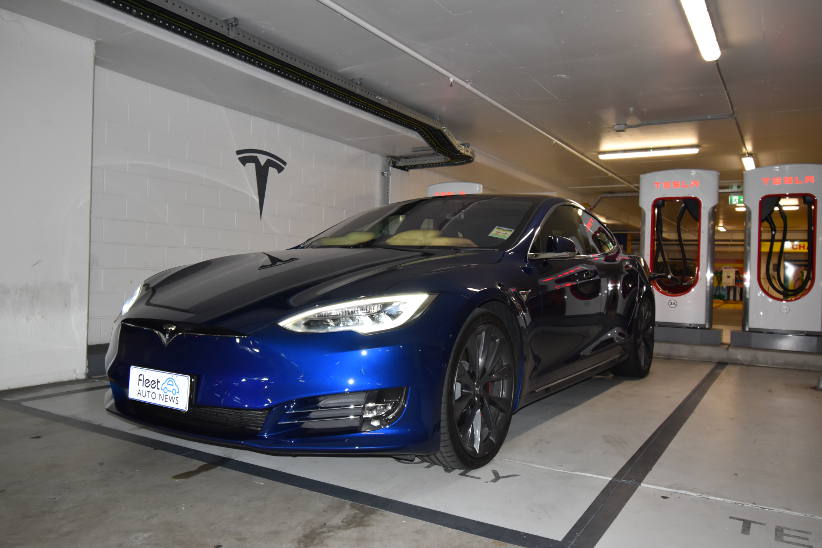 Tesla’s Model S has redefined electric cars. It’s a luxury high performance sedan, that’s measured by how it performs, not just by how it’s powered.

I first drove the Model S back in 2016 (a P90D) and was absolutely amazed by its technology, performance and most importantly what an attractive and stylish car it is. And that’s what really got my attention; it’s the first ‘electric’ car that’s all about being a car! Not a quirky side-show attraction that ‘touts’ it’s powered by electricity. Model S, first and foremost is an excellent car, which happens to be powered by electricity.

The Model S Performance, is mind blowing! Powered by dual motors located between the wheels (585kW/980Nm), it’s the world’s fastest accelerating production car. 0-100kph in 2.6 seconds! That’s performance that’d put most race cars to shame! Experiencing this (and it has to be experienced to be believed) you first have to select “ludicrous + mode” and make sure you have plenty of road ahead, before you let it go all ‘Apollo 11’ on you. Accelerating in this mode, is best kept for controlled conditions, like a track day event. When launched, your head/neck/body are literally thrust back as the car leaps forward at such a rate, that the only way to describe it is OMG !! And it won’t quit either! If you don’t practice some serious self-control, in seconds you could be going double the speed limit without realising and a nice Constable will be there to rip up your licence.

Its road manners are excellent, comfortable, effortless and when required a very dynamic ride, thanks to the car’s electrically controlled steering and adaptive air suspension. Its AWD system individually selects the amount of power to each wheel to control traction according to the road conditions. Combined with a massive 21” wheel/tyre combination (245/35R21 front, 265/35R21 rear), providing a brilliant drive in all situations.

With a range of over 650km and free charging at Tesla’s ever-growing Supercharger network, Model S can comfortably (with a little planning) drive anywhere from Melbourne, Sydney or Brisbane, and get a charge when you need it. Like any car though, the more you use your right foot, the less distance it will go and there are only two Superchargers in Sydney. Charging on an outlet at home (240V) can take more than 24 hours.

Model S is an incredibly attractive car with its low slung five door lift-back design. In the time I had it, at least a dozen or more total strangers, randomly approached me to talk about and compliment the car.

Inside, as you’d expect from a car costing the best part of $190K, its pure luxury and opulence. Leather seats all round (heated in front) and plenty of head/leg room for all occupants, including a flat floor in the rear (no transmission tunnel). There’s good cargo space (804lt) and a power operated tailgate. I love the “frunk” (with power operated release) the perfect place for a laptop etc –  away out of sight.

The technology is amazing, with ‘Autopilot’ offered on cars sold in Australia (Autonomous-driving is only available overseas). Utilising 360⁰ cameras (front/side/rear) and forward radar, enables Model S to steer, accelerate and brake automatically within its lane. It takes adaptive cruise control and lane departure systems to another level. The touchscreen controlling all functions (climate, Sat Nav, infotainment) is a massive 17” portrait style unit that is by far the best I’ve seen, and there’s also a 12” display replacing the instrument cluster.

Tesla offers a four year 80,00km warranty on Model S as well as an eight year 240,000km warranty on the battery/drive unit. There is no spare tyre though (not even a space saver or tyre-inflator kit). Tesla advises “Damage to the wheel or tyre that causes flat or unsafe driving conditions”, is covered under their 24/7 Roadside Assistance program, for up to 80 km.

I’d lease the Model S over a german marque, based purely on its performance, technology and style, not because it’s an electric car. It’s a stunning luxury performance car, that’s exciting, exhilarating and electrifying. Go on, Feel the Power, you know you want to.