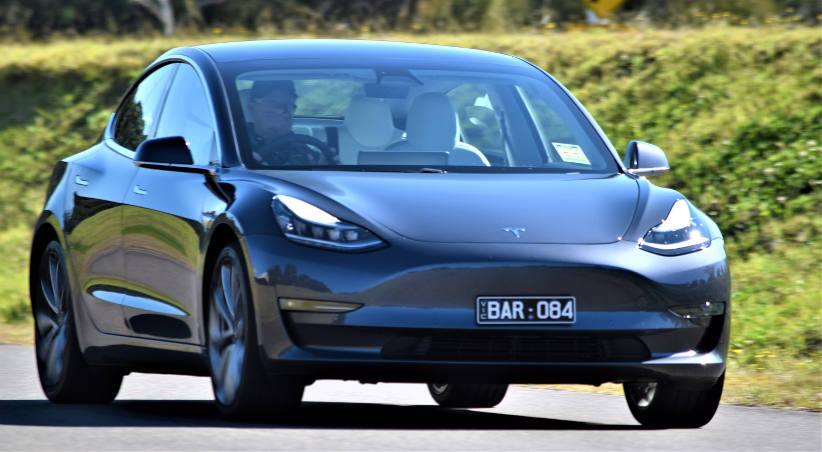 Tesla Model 3 – All you need to know

Did you notice it last year? It was an invasion. Starting in September they took over the roads – the Tesla Model 3.

It wasn’t recorded in the official VFACTS numbers (even though electric vehicles had a stellar year) so the mainstream press hasn’t really picked up on it. But if you start playing spotto with a Tesla you’ll quickly realise how many have taken to our roads.

The actual numbers are hard too find but with some digging you can find that 412 Tesla electric vehicles were registered in Victoria during September 2019. The NSW numbers aren’t available yet.

FAN was invited to the NSW Model 3 launch in August last year and we were lucky enough to be one of the first people in Australia to drive it. We were also treated to a product presentation by one of the U.S. based Tesla team members that was involved in the project from day one.

Price was a key criteria. The Model 3 could be no more that $35,000 US. It had to be a brand new design with all new parts. Tesla DNA was very important so a new model had to deliver a Model S experience at a lower price point. In summary, the design had to be beautiful, the performance exhilarating, safety non-negotiable with an intuitive technology via an interface that made it approachable to skeptics.

The first time you see one up close you’ll notice that the glass area is expansive to provide an open air experience. Entering the car might be tricky at first because the door handles are flush with the body to improve the aerodynamics. Once you find them it’s no problem. Luggage space is extensive with a good sized front boot and cavernous rear with 60/40 split folding rear seat.

If you’re someone that regularly loses their keys you need a Model 3 – because there isn’t a key. You use the NFC feature on your phone to enter the car. It was mind blowing when they gave a me a keycard (like the one you would use for a hotel room) and said to tap it on the B pillar. Traditional key fobs are available for customers that need something tangible to keep in their pocket, otherwise just tap and go.

Once you’ve entered the vehicle it’s what’s not there that will impress you. No instrument cluster. Only two storks on the steering column and two multi-directional thumb wheels on the steering wheel. The less is more design trend was applied to the Tesla Model 3.

One crafty motoring journo suggested cost savings as the reason for eliminating the instruments behind the steering wheel. The Tesla spokesperson had several responses to prepared: 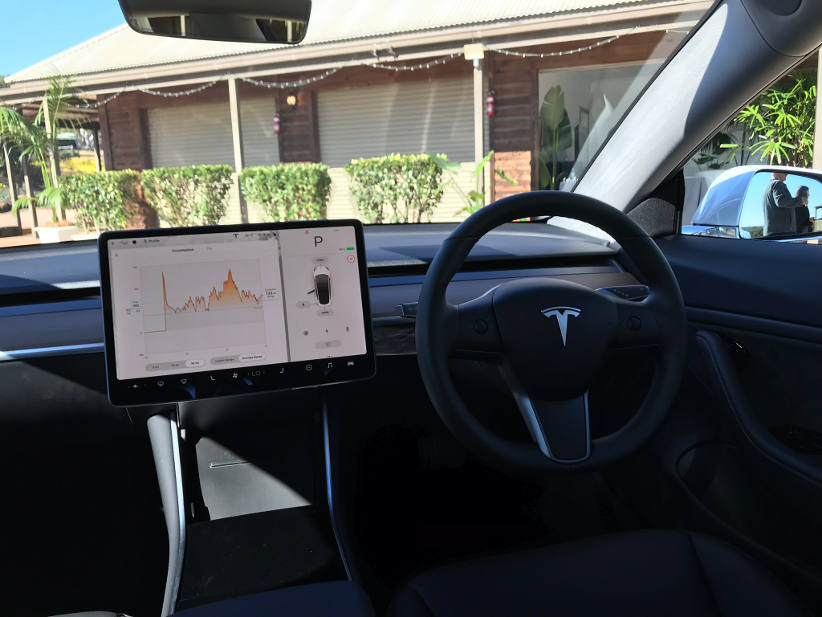 This car is different to anything else we’ve driven at FAN. We haven’t bought one yet but it’s on the wish list. Here’s some more information on the model range. Buy one at Tesla.com