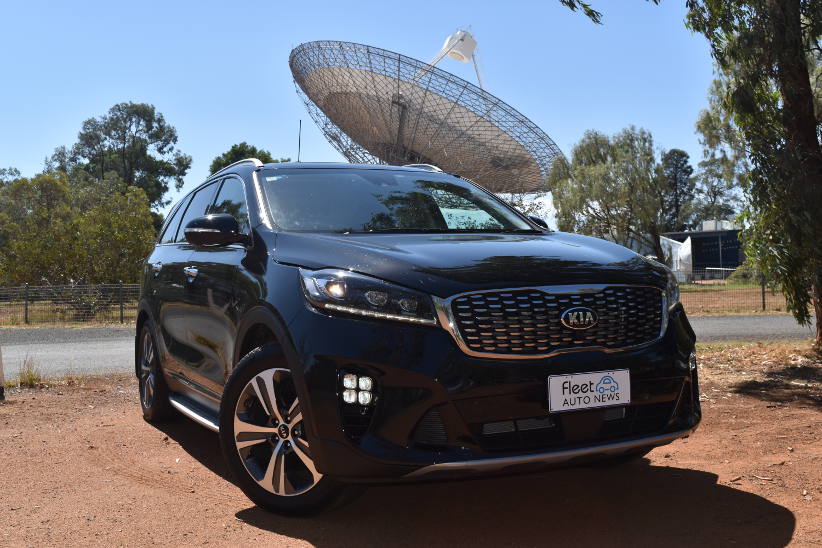 Sometimes you just want a little comfort in life, a little luxury to ease you through the day. And if you are considering an SUV for your next novated lease , why should you miss out on the niceties when motoring? The good news is – you don’t need to!

Kia’s GT-Line models are the ‘Top of the line’, with no options offered except premium paint. So in choosing a GT-Line model you get ‘everything’ KIA has to offer.

The Sorento comes with a 3.5lt V6 petrol engine (206kW/336Nm) in FWD. I drove the diesel AWD last year and if I had to choose between the two engines I’d probably go for the petrol. Both are very smooth drives and come with very smooth eight speed auto transmission. The V6 engine lists fuel economy at 10.0lt/100 combined, but I saw 9.0lt/100km during my time with the car.

It drives very well with plenty of power out on the open road for overtaking and has a braked towing capacity of two tonnes, so what you can’t fit in it, you can tow behind! Sorento has a large 71lt fuel tank so distance between fills can be maximised.

‘Top of the line’ means you get the best on offer and Sorento GT Line doesn’t disappoint, with a list of standard inclusions that will leave some manufacturers gasping for breath. LED auto levelling headlamps that look and perform brilliantly, 19” alloy wheels and full size spare (235/55R19 Kumho tyres), leather seats all round with rows one and two heated and ventilated in the front as well. Dual zone climate control, with vents for both rows two and three and a separate fan control for row three. Panoramic sunroof, power tailgate (that you just have to stand near to open) and a massive 10 speaker Harmon/Kardon stereo, which sounds great. Apple Car Play/Android Auto are included as is a DAB radio.

Storage spaces abound as expected with six cup holders and four bottle holders plus a plethora of hidey holes to put all your stuff. There is one 12V and USB port for passengers in both rows one and two but not three. Also no 12V in the cargo area.