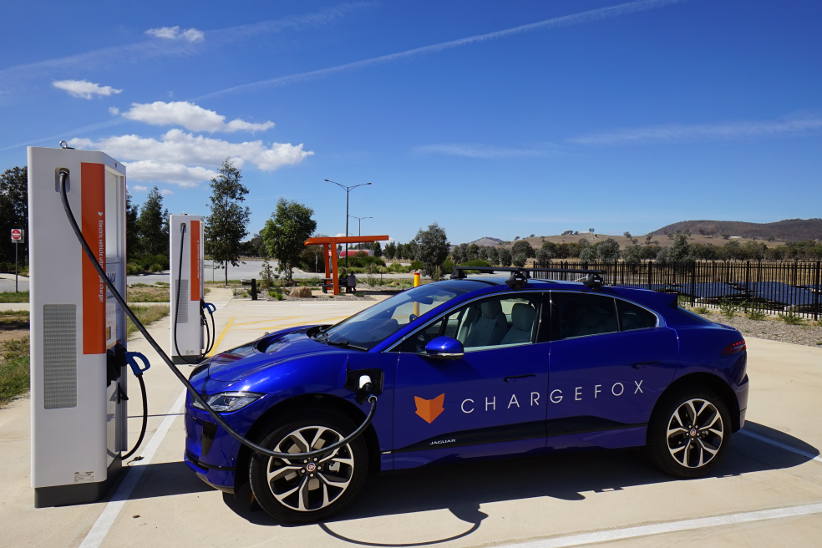 The relationship makes Jaguar the first local manufacturer to formally support EV drivers through an agreement with the ultra-rapid electric vehicle charging network that is currently being rolled-out nationally by Chargefox.

The new partnership helps to ensure that Jaguar owners will have easy access to a rapidly developing major, multiple outlet, vehicle charging network.

Welcoming the agreement, Chargefox Chief Executive, Marty Andrews, said Jaguar Australia’s solid show of support means it will now be easier than ever for customers to buy and charge EVs.

“Jaguar drivers will be able to drive long distances confident in the knowledge they will have access to free, unlimited charging on some of the world’s fastest chargers,” Mr. Andrews said of his company’s growing network.

Chargefox, Australia’s biggest and fastest growing open charging network for modern EVs, already has three fully operational, ultra-rapid charging stations operating in regional Victoria, one in Barnawartha and the other in Euroa plus the latest site recently opened at Toombul shopping centre in Brisbane. By end July 2019, there are expected to be eight (8) ultra-chargers in operation, with 90% of the network planned to be operational by end September 2019.

By the end of the year a national network of twenty two ultra chargers will be operational forming a network connecting Brisbane, Sydney, Canberra, Melbourne and Adelaide.

As well, additional ultra-rapid charging stations are also being planned for Western Australia and Tasmania.

Mr. Andrews says that, using a Chargefox ultra-rapid station, Jaguar I-PACE owners will be able to fully charge their cars – giving a 400 kilometre driving range – in less than 40 minutes, yet another feather in the cap of the car that recently won an historic 2019 World Car Awards treble capturing not only the coveted 2019 World Car of the Year but also World Car Design of the Year and World Green Car.

To celebrate the agreement that ensures fast, easy travelling Jaguar EV drivers, including those who already own an I-PACE, will get five years free, unlimited charging on Chargefox’s ultra-rapid EV charging network*.

Describing the Chargefox agreement as a move that is nothing but positive, Jaguar Land Rover Australia Managing Director, Mark Cameron, said the initiative lays a solid foundation for the long-term future of electric vehicles in this country.

“Charging infrastructure is critical to increasing electric vehicle uptake in Australia and this agreement means Jaguar customers can buy an EV safe in the knowledge it will meet all their expectations,” Mr. Cameron said.

“Not only does this initiative make interstate travel and longer journeys a reality, it also benefits regional areas by extending the ownership and driving experience for our customers living outside capital cities,” he added.

“With 22 station locations open by the end of the year, range anxiety ceases to be an issue. Drivers will be able to travel without concern for the level of charge in their batteries.”

Chargefox, which has been operating charging stations nationally for the past 12 months, is not only Australia’s biggest open charging network for modern EVs but also the fastest-growing. To date, the company has managed more than 20,000 charging sessions.

Jaguar Land Rover Australia is at the forefront of the EV movement with 13 charging stations at its new national headquarters in Mascot, New South Wales and further chargers installed across its national retailer network.

* Five years free charging on the ultra-rapid charging network only. Use of other Chargefox-managed EV charging stations will incur a cost.