LATEST NEWS
SYDNEY
Home Industry Suppliers It’s official! You can now do everything with your iPhone 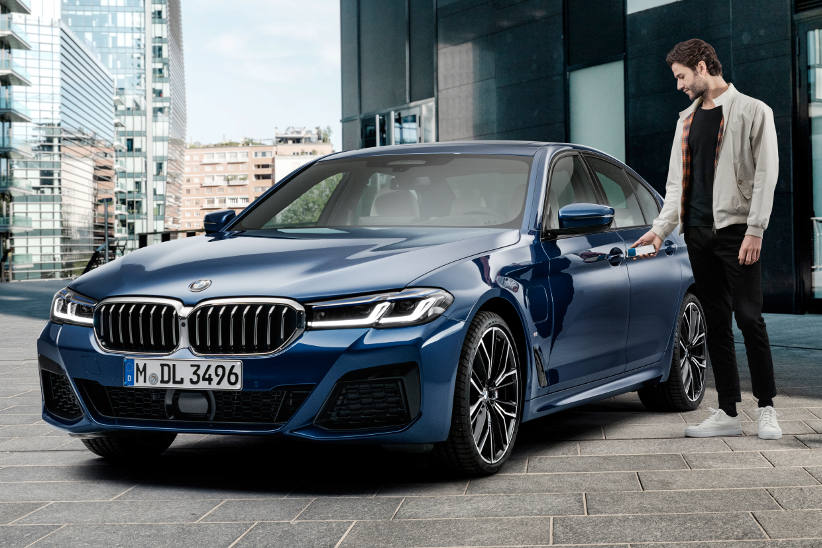 It’s official! You can now do everything with your iPhone

This story flashed up in our email and we thought it was nice. When the Tesla Model 3 was launched we got excited to find out it uses NFC to allow your phone to be the key. And Hyundai announced a year ago that they had developed the technology. But we saw this one popping up in headlines everywhere.

So what made BMW’s announcement so special? Maybe because it was launched at the Apple Worldwide Developer Conference. BMW will become the first carmaker to enable its customers to use iPhone as a fully digital car key. BMW was the first to integrate iPod in its vehicles, first to offer wireless CarPlay and now first to introduce support for BMW Digital Key stored securely in Apple Wallet for iPhone.

BMW Digital Key for the iPhone

The upcoming BMW Digital Key for the iPhone will enable customers to just tap to unlock and easily get going by placing the iPhone in the smartphone tray and pushing the start button. Setup of the Digital Key can be done through the BMW Smartphone App. The car owner can also share access with up to five friends including a configurable car access option for young drivers which restricts top speed, horse power, maximum radio volume and more. Management of access can be done from inside the car as well as through Apple Wallet.

Additional features of the new Digital Key include:

BMW a leading contributor to the Digital Key standard

The BMW Group was quick to recognise the potential of smartphones as digital keys – if done right. Standardizing the Digital Key contributes to user experience, security and availability in smartphone models all of which were key to the BMW Group strategy for the Digital Key right from the start. Apple and BMW have been working closely with the Car Connectivity Consortium (CCC) to press ahead with the establishment of global standards. The Digital Key specification 2.0 for NFC has been released in May 2020 while the next generation of Digital Key using Ultra Wideband technology is already well underway.

BMW is excited to announce the availability of Digital Key for iPhone in 45 countries for a broad range of models: 1, 2, 3, 4, 5, 6, 8, X5, X6, X7, X5M, X6M and Z4 if manufactured after July 1st 2020. Compatible iPhone models will be iPhone XR, iPhone XS or newer and Apple Watch Series 5 or newer. For more information please visit www.bmw.com/digitalkey

Also at the Apple Worldwide Developer Conference, BMW and Apple also announced a new feature that will make it easier than ever for CarPlay users to take BMW electric vehicles on longer journeys by automatically taking into account when and where to charge.

Drivers can plan their trip in advance on their iPhone or simply enter their destination through Apple CarPlay when they get into the car; either way, Apple Maps will pick the optimal route based on electric range and the locations of charging stations along the way. This seamless, simple feature will first be available for BMW in the fully electric BMW i4 launching next year.