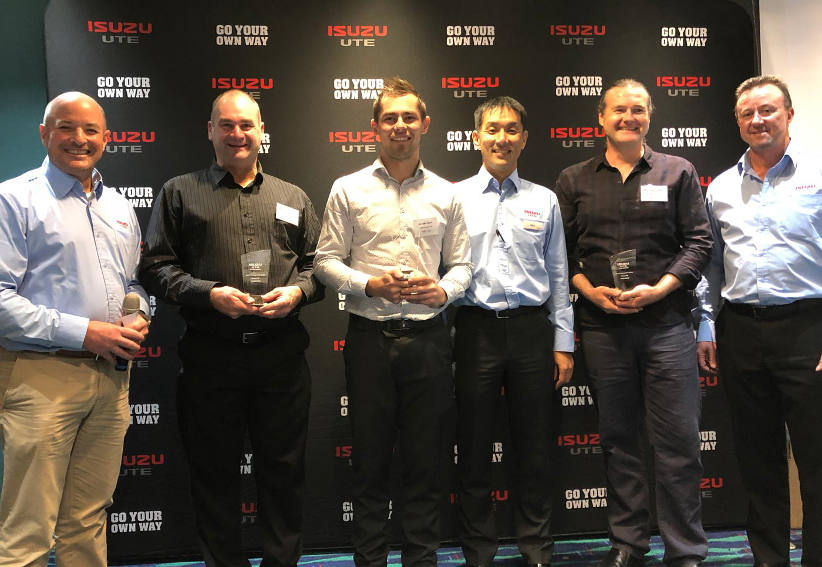 How do we encourage the brightest and best trained Technicians to continue in the industry? One way is to recognise their skills and training in manufacturer competitions.

In May, Isuzu Ute conducted their  inaugural National Skills Contest (NSC) at their Head Office in Brisbane – a competition for Isuzu UTE Technicians involving tests of knowledge, practical skill and ability, and encouraging them to think outside the ‘gear’ box should an unknown problem arise.

This event offered a fantastic opportunity for Technicians to compete for the honour of representing Isuzu UTE Australia in the forthcoming International Isuzu LCV I-1 Grand Prix competition to be held in Bangkok later this year. It also delivers IUA Dealers the benefit of additional in-depth theory and practical training for the selected Technicians, helping to further boost their skill set, benefitting both IUA Dealers and customers across the country.

All Dealership trade-qualified Technicians registered as working with the Isuzu UTE brand for a minimum of 6 months prior to the event were eligible for this competition with initial testing being conducted online. The results of this testing ranked the Technicians within their region, with the highest scoring Technician from each of the 8 regions across Australia then being selected to compete in the IUA NSC, with an additional two “wildcard” entries from across the country resulting in a total of 10 contestants being selected to compete in the NSC Final.

The NSC Final then consisted of 5 individual tasks conducted on a rotational basis, with all contestants required to complete each task in a set time. Each contestant was then scored on each task using a matrix based on the correct use of diagnostic and repair procedures, with a judge managing each task and scoring each contestant based on compliance with, and application of, correct processes and procedures. The five tasks included one theory task and four practical tasks (Pre Delivery Inspection (PDI), Engine Fault resulting in a non-start condition, Starter Motor overhaul and Engine Cylinder Block and Bore Measurement). Under the watchful eye of IUA staff and Directors, the competition was fierce with each contestant working under pressure to deliver their best performance within the set time.

IUA Managing Director Hiro Kuramoto spoke of the importance of the competition to the company and commended the skills and knowledge of all the contestants and winners.

“At IUA, we pride ourselves on providing the best aftersales support to our customers while continuously working to improve our employees’ knowledge,” Mr Kuramoto said.

“One way we execute this is by continuing to upskill our servicing network – it is essential for the continued success of IUA that all aftersales staff continue to provide world-class service to our customers.”

Technicians achieving 1st, 2nd and 3rd places in the IUA NSC will be representing Australia in the International Isuzu LCV I-1 Grand Prix to be held in Bangkok on the 12th of September 2018. This prestigious event is attended by the world’s best Isuzu LCV Technicians where they compete as a team representing their countries for the title of best in the world. The IUA team will consist of 1 Coach and 3 Technicians (2 Contestants and 1 Reserve). The team will work together to complete set tasks in a similar structure to that described for the IUA NSC.

IUA would like to recognise and congratulate the following Technicians from around the country for being selected to represent their dealerships and regions following the preliminary round of the contest.