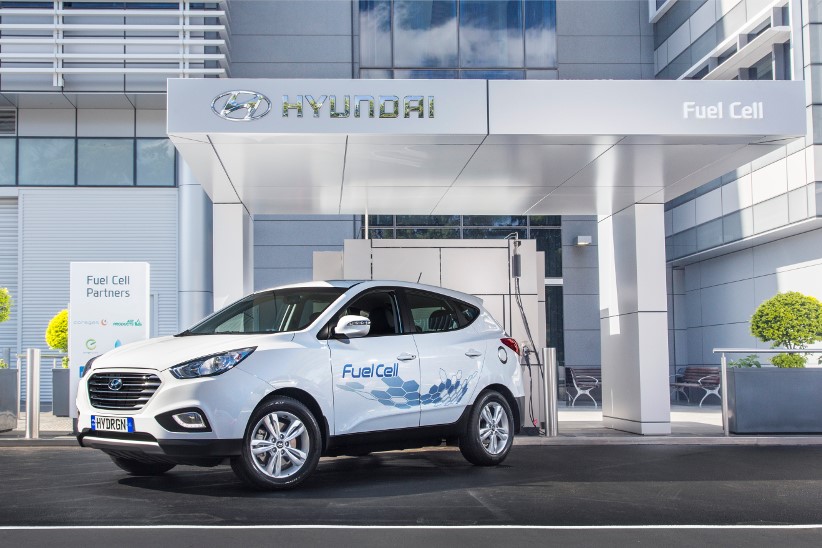 It could have been an elaborate April Fools joke. The technology seems so far advanced that Hyundai was just having fun with the crowd of journalist and fleet managers that had battled the peak hour traffic to reach Sydney’s Macquarie Park on 1st April 2015 for the launch of Australia’s first hydrogen powered car.

It was no joke! The technology is real and has been available in the US, Europe and Korea for several years. Hyundai Australia are showing leadership in the local market by bringing this vehicle to Australia and then building the infrastructure to support it (only one location at this stage but they are talking to government and other stakeholders).

At the launch with the journalists and fleet managers were the Federal Industry and Science Minister, The Hon. Ian Macfarlane MP, and John Alexander MP, Federal Member for Bennelong. The Minister officially opened Australia’s only hydrogen vehicle refueling station and welcomed the commitment that Hyundai Motor Company Australia (HMCA) are making to bring market leading green technology to Australian motorists.

Mr MacFarlane was very supportive of the technology and highlighted the benefits of a technology that starts with water and ends with water as a potential solution to ending the reliance on fossil fuels.

Mr MacFarlane also briefly commented on electric vehicles that appeared green but were being powered by fossil fuels somewhere in the background so they wouldn’t be part of the long term solution.

Mr Charlie Kim, HMCA CEO, said “We are taking a bold step into the future and we hope other Australians become as inspired and excited by this technology as we are”.

John Elsworth, HMCA COO, also spoke and highlighted the fact that the ix35 Fuel Cell vehicle looked like any other car but beneath the exterior was the most technologically advanced vehicle in Australia today.

And then the covers were pulled off and the ix35 Fuel Cell glided through the huge showroom with no sound. It was then left running and the first thing that came to mind was – no fumes!

After another brief presentation from Scott Narger, product planning manager at HMCA, we were treated to a refueling demonstration at the purpose built hydrogen refilling station that is powered by solar energy and located at the back of the Hyundai head office in Macquarie Park.

Listening to Scott you could hear his passion for this project (he has been involved in most of the organisation since the decision was made to bring this vehicle into Australia) as he talked about combing the best of an internal combustion engine and an electric vehicle into the fuel cell technology.

His enthusiasm was infectious because after the formal part was over several fleet managers were already talking about the environmental benefits and the type of fleets that would be early adopters (several located in Macquarie Park came instantly to mind).