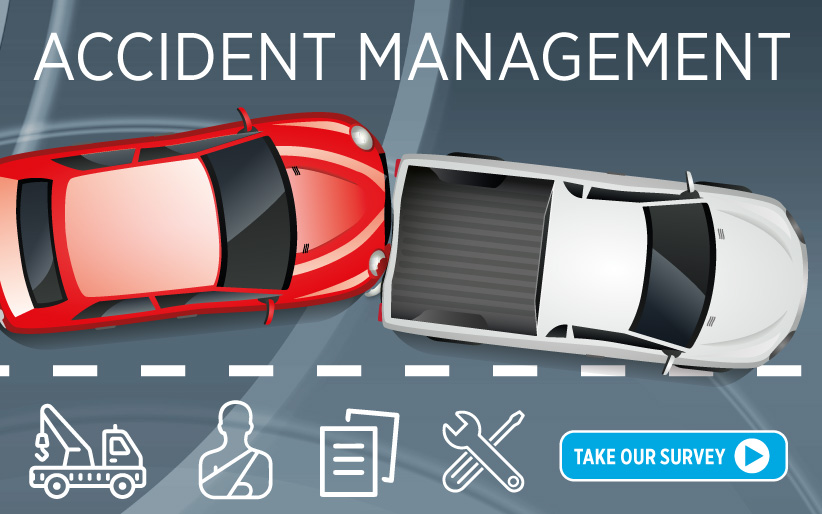 FAN survey on how fleets manage accidents – Here are the results!

In June Fleet Auto News sent readers a survey to find out what happens when a fleet vehicle is involved in an accident. Who does the driver call? What happens after an accident when a fleet car can’t be driven? Who decides which repairer fixes the damage? And, how much involvement does the Fleet Manager have in the repair process?

Did you take the survey? It’s not too late – click here.

The main questions were:

The respondents were categorised into:

It was interesting to see how many people had been involved in an accident within the last two years. We didn’t ask for any details about the accident but we did follow up with some industry suppliers who confirmed most fleet accidents are low speed and caused by driver distraction.

Hopefully people were honest with their responses because there was a big difference between Government and Corporate respondents. Overall, 10% admitted to being involved in an accident within the last two years.

Apparently, drivers working in the Corporate sector don’t have accidents. Or maybe, with the COVID work from home rules in place, they are driving less which reduces the chance of being in a bingle. Government drivers reported the highest percentage of accidents and suppliers to the fleet industry have also been involved in some crashes.

There is a perception that accidents are for insurance companies to handle. They are messy, emotional and involve lots of administration. Fleet Managers prefer to focus on more structured tasks like buying assets, managing the utilisation, and then selling the asset. Repairing accident damage can be subjective and risky when making choices between cost and safety. It also requires a different set of skills that asset mangers may not have.

Obtaining three quotes is the traditional first step in getting a vehicle repaired after an accident. Insurance companies have attempted to simplify this process with various operational models.

The fleet industry favours a one-stop-shop model which outsources the First Notification of Loss (FNOL) and claims management so someone else can deal with the paperwork created by accidents. The driver makes one call and the damaged vehicle is whisked away and replaced by a loan car so there is no disruption to the business.

Overall, when a fleet driver has an accident, 28% call the Accident Management Company nominated to manage incidents. This figure is 36% for corporate businesses and only 17% for government entities.

Results from the survey in the table below show that Fleet Managers still get a high percentage of calls after an accident.

An outsourced model only deals with the paperwork and logistics after accident. Insurance companies generally pay for the repair and the survey results in the table below show that they get to control the repairer network for most fleet accidents.

The fleets that have a high insurance excess (e.g. $10,000) and self insured organisations will let the Fleet Manager or Accident Management Company choose the repairer which is also reflected in the FAN survey results.

All of the FAN team would like to thank the readers that participated in the survey and we hope you’ll get involved with the next survey on vehicle branding.