While Toyota has long supported a local factory-backed rally team, this is the first time that the company – through its Product Planning and Development division (PP&D) – has been actively involved in the design of a rally car.

Based on the all-new GR Yaris, the new GR Yaris AP4’s body exterior styling was designed, engineered and fabricated in-house by PP&D in Port Melbourne.

Toyota Australia chief designer Nic Hogios said the GR Yaris AP4 project had been fantastic to work on and really demonstrated the depth of the talented design and engineering team and the advanced design facilities Toyota has to offer. 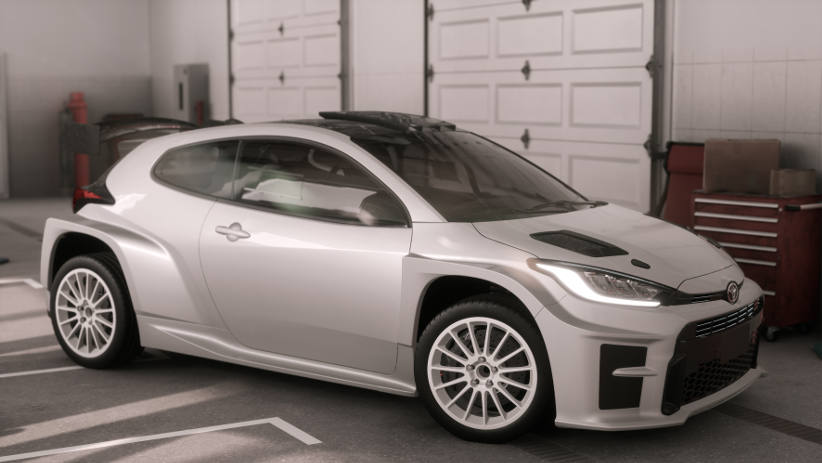 “Everybody here at Toyota Product Design is absolutely passionate about motorsport and any opportunity we have to be involved in a project like this, we jump at the chance,” Mr Hogios said.

“This project has been amazing to be a part of, as the base car is really exciting in its road car form. So it’s a really great place to start – the GR Yaris is simply bred for rallying.

“We all follow motorsport religiously and have been keenly following TGRA over the years and we thought why can’t we utilize the great skills we have in our people and the technology we have, to really support the team to create something extraordinary?

“In any motorsport program, we are constantly pushing the limits for better and using it to develop our teams. So when we race, we want to learn and put it back into the road cars,” he said.

Toyota began working with NBM on the new GR Yaris AP4 in March 2020, using virtual reality technology to work through the body design concepts on the new rally car.

Following that, initial sketches were made for components including the front fenders, front and rear bumper pods, rear quarter panels, bonnet vents and mirrors, that were then further refined through digital design.

Mr Hogios said with all the regulations surrounding the AP4 category, it was a very disciplined design process to deliver exactly what the TGRA rally team needed.

“There are no compromises, it’s a race car, it’s not here for styling although we wanted to make it look as good as possible and that is part of the GR philosophy, it’s all about functional beauty,” he said.

Once the digital designs were signed off, all the data was used to create final CAD files from which CNC milling machines were used to create the moulds to fabricate the various components from fibreglass.

Those components are now with NBM as they begin building the new rally car and Neal Bates said the team is very excited about the car.

“I’ve had an exciting career with Toyota and motorsport for over 30 years and the new GR Yaris is remarkable in its performance and race capability,” Mr Bates said.

“It gives us an amazing platform to start with. We have got a carbon fibre roof, we’ve got aluminium doors, we’ve got the lightest and most powerful three-cylinder turbo mass production engine in the world, we’ve got an incredibly wide stance, and all-wheel drive – it’s literally made to be rallied.

“We have built a lot of rally cars starting with the Celica GT-Four which was an all-wheel drive turbo but from then on, there was a lot of work involved modifying Celicas and Corollas into all-wheel drive rally cars, so this is an amazing car to start with.

“If you have a look at the current Yaris AP4s we built, we had to put a different engine in, we had to change it to all-wheel drive, we had to develop the body kit, so for us this car will be easier and simpler to build,” he said.

Mr Bates said working with the Toyota design team has also taken the process – and what will be the finished car – to new heights.

“Working with Toyota design has been amazing and for us to actually have someone to sit down with, work with VR, and utilise their skill sets and technology to really style the car properly. It has been fantastic,” Mr Bates said.

“This is going to be one incredibly cool car and both teams have invested huge hours to get it to where we are now and I can’t wait to get into the build and deliver what will be a world-class AP4 rally car,” he said.

Harry and Lewis finished first and second in the Australian Rally Championship in 2019 and with the 2020 season having been cancelled due to COVID-19, Harry said he is looking forward to when the 2021 ARC season kicks off next March in Canberra.

“I’m very excited to get into the new GR Yaris AP4 and see how it goes as a rally car,” Harry said.

“This is a game changer, the first of its kind in Australia and I can see how it’s going to give me the edge, and I can’t wait to get behind the wheel,” he said.