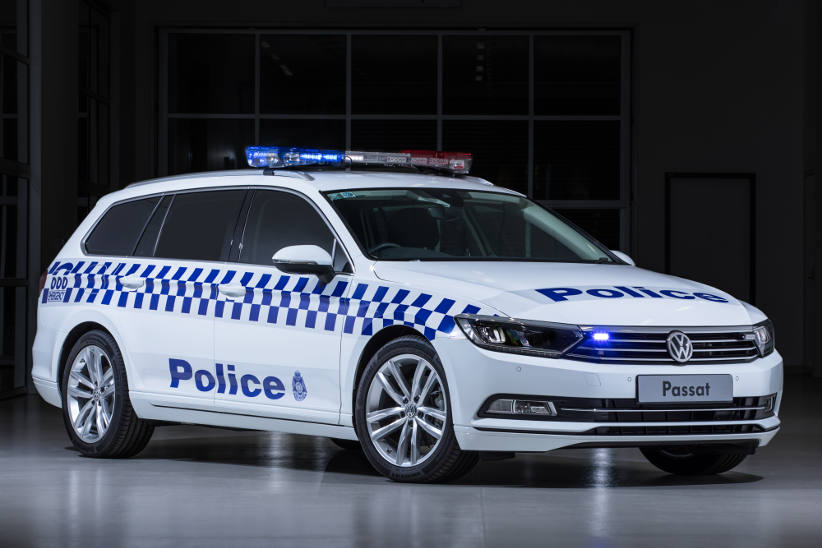 The fast four-wheel-drive version of the Passat will be part of a new 265 Volkswagen vehicle order from VicPol, which consists primarily of Passat 132 TSI Proline sedans and Wagons.

Including 202 vehicles delivered since 2016, VicPol’s Volkswagen fleet will grow to 467 vehicles.

‘Proline’ is the designation given to the Passat and future emergency services models that Volkswagen Group Australia is developing, including the Tiguan Allspace 162 Proline.

In adapting the Passats to VicPol’s requirements, Volkswagen fitted an upgraded alternator (180amp) to assist with the running on on-board equipment. Volkswagen Group Australia in Sydney worked with the factory R&D team in Wolfsburg on a second battery setup and a  bespoke wiring loom, the latter made by Lumen Australia.

The Passat Proline 132TSI Wagons will be the most visible being marked for general duties. Sedans are used in the unmarked fleet with covert lights.

“Globally the Passat has been Volkswagen’s best-selling model line, but there can be no greater recognition than its acceptance by VicPol,” Mr Wilks said.

“Volkswagen Group Australia is honoured that our cars have been deemed worthy for use by the men and women who serve and protect the citizens of Victoria.”

Mr Wilks said that the Proline project was a collaboration of internal departments at VGA including the Fleet team and Passenger Vehicle teams, Product Management, Technical, Parts, Logistics Finance and the selected dealers that will deliver the cars. Externally, Lumens, Autocare and Auto Nexus, which installed VicPol’s equipment, were pivotal.