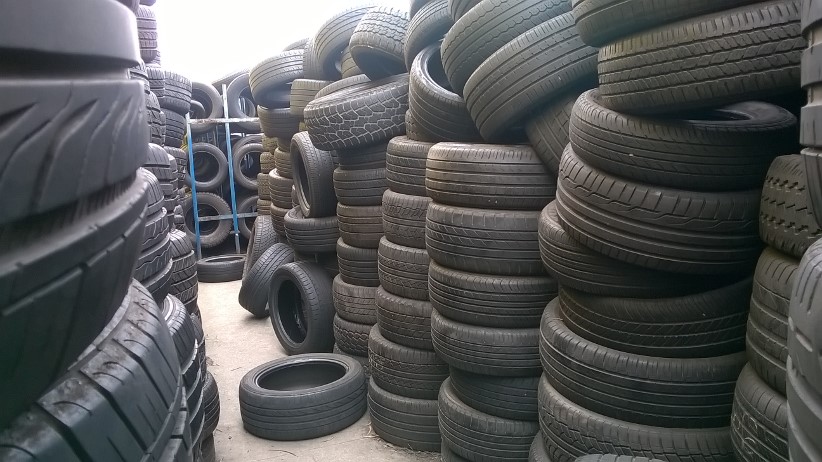 Recycled tyres are being used to produce a spray-on concrete that is blast, ballistic and fire-resistant. The material, Protectiflex, was tested in February at Australia’s only national blast simulation facility, at the University of Wollongong.

Protectiflex combines recycled crumbed rubber from old tyres with composite fibres in a cementitious mix design. During the tests, the sprayed Protectiflex walls will be hit with shock loadings similar to a car bomb explosion from a distance of 20 metres.

“The ProtectiFlex blast tests will demonstrate how spray-on retrofit could add strength and stiffness to concrete masonry walls, protecting occupants behind it from the blast loads. Masonry walls are a common building component that is vulnerable to blast loads created by terrorist attacks or accidental explosions,” said Professor Alex Remennikov from the UOW’s Faculty of Engineering.

“The blast simulation facility was established to overcome the challenges associated with live explosive testing, such as very high cost, safety, efficiency and repeatability of test results,” Professor Remennikov said.

ProtectiFlex has applications across a range of sectors including defence, government, critical infrastructure, petrochemical and retail.

The composite product has undergone rigorous testing and achieved the highest levels of ballistic, blast and fire protection accreditation in the following areas:

• Weapon effects testing from an extensive range of projectiles

“ProtectiFlex is not only a great way to protect human life and critical assets, it’s also lightweight, ecofriendly, cost-effective and incredibly versatile in its form and application,” Bullock said.

“Although today’s experiment involves testing how the spray-on product handles blasts, we hope to conduct further studies in the future proving it performs just as well in fire, ballistic and weapons tests,” he said.

Tyre Stewardship Australia (TSA) is a keen supporter of the product. “This a fantastic use of old tyres,” said CEO, Lina Goodman. “This innovative product made from recycled tyres could potentially save lives ,” Ms Goodman said.

“Although more than half of Australia’s old tyres are recycled, upcycled or processed to make other products, like ProtectiFlex, the equivalent of 27 million car tyres are wasted every year. These often end up in landfill, stockpiles or are exported overseas,” she said.

Tyre Stewardship Australia was formed five years ago to implement the national Tyre Product Stewardship Scheme which promotes the development of viable markets for end-of-life tyres.

It’s a voluntary scheme, made up of representatives from across the tyre supply chain including tyre retailers, manufacturers, recyclers and collectors.