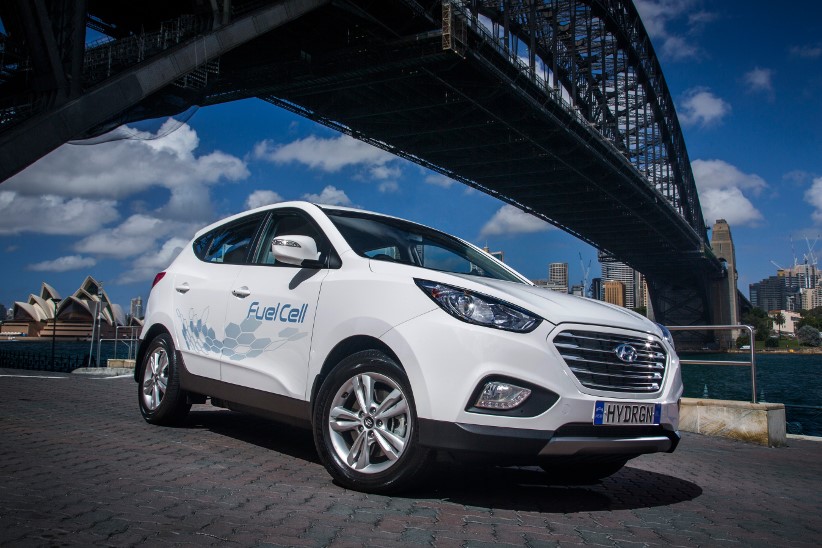 The Road to an Australian Hydrogen Highway

In Europe and the United States, ‘Hydrogen Highways’ have been built by government and private partnerships for use by FCEV’s like the ix35 Fuel Cell, along with other hydrogen-powered vehicles such as buses.

A number of the refueling stations generate their own hydrogen by using solar energy and electrolysers – this creates a ‘green’ transport solution, with neither the fuel generation process nor the hydrogen vehicles themselves emitting any harmful by-products or burning fossil fuels.

HMCA will soon install an electrolyser at its headquarters in Macquarie Park, along with a solar array to power both it and the refueller – this will make its HRS fully self-sustainable, with hydrogen made on-site.

Even small refuellers of this kind are relatively expensive and overseas experience shows that a larger network may require government support and incentives in the initial phase to make it economically viable. The challenge of creating and distributing hydrogen for mass vehicle is a significant one.

“We are not a political entity, nor are we aligned with any political party. However, we have seen in other countries that Governments play a crucial role in developing hydrogen refueling infrastructure,” said Mr Charlie Kim, Chief Executive Officer, Hyundai Motor Company Australia (HMCA).

“Our initial discussions with Federal Ministers about our hydrogen car have been met with a very positive reaction. The presence of the Federal Minister for Industry and Science at our official launch today is also a great indication of the desire to have a meaningful conversation about the technology and its potential. An industry working party will play an important part in helping to frame that conversation and suggest options for supporting policies.

“One of our ideas is the ‘Hume by Hydrogen’, which could link Australia’s two largest cities via the nation’s capital. It would require refueling stations in Melbourne, Sydney, Canberra, Goulburn  and Albury and could see hydrogen vehicles, including buses, running on a busy highway emitting nothing but water vapour.

“A project like the ‘Hume by Hydrogen’ would demonstrate the benefits of hydrogen transport very effectively – we would like our ix35 Fuel Cell to start a meaningful conversation about this technology for the benefit of future generations,” said Mr Kim.