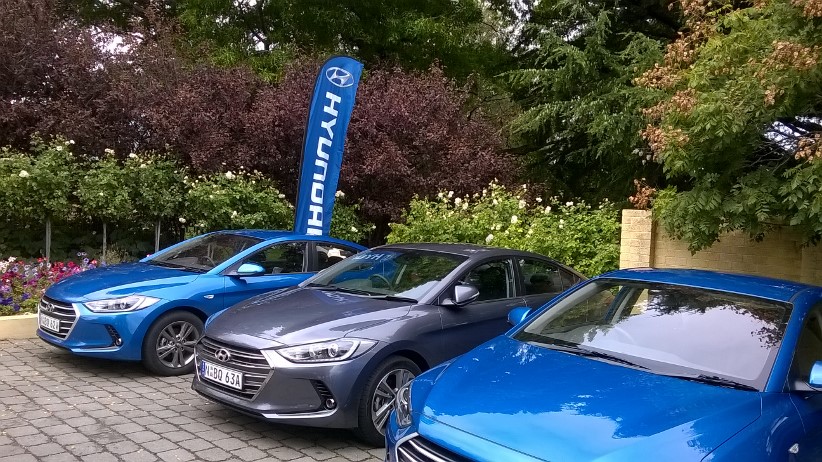 In February Hyundai launched the 2016 Hyundai Elantra to the local motoring press at a drive event in Tasmania. These events are a big deal for manufacturers because first impressions count and there’s a lot of planning to ensure the roads and surroundings showcase the vehicle’s best features.

And Tasmania (16c and raining in summer) and the Elantra didn’t disappoint.

I was paired with a journalist from a performance based publication so it was great to compare notes and consider the vehicle from different perspectives. This became evident while I was looking at the OE 205/55R16 Hankook tyres and my co-pilot was listening to the exhaust note.

We quickly realised that I was a bad navigator and took the Elantra on a detour as we were discussing our initial reactions. There were no real negatives and when we found any criticisms we reminded ourselves of the price tag and the fact that it was a small four cylinder car.

Then we remembered who it was competing against in the small vehicle class. If this new Elantra is going to sell better than the outgoing model it needed to match it against the top selling Corolla, Mazda3 and it’s brother the i30.

According to the product briefing by Jonathan Lam, Assistant Manager Product Planning at Hyundai, the key selling point is the boot. He explained that the small car buyer comes from a broad demographic but leans towards middle age or slightly older, and likes value, style and comfort.

Describing the potential Elantra buyer is hard because its everyone that doesn’t want an SUV, likes the classic sedan shape and appreciates the security and privacy that can only be offered by a boot.

Eventual buyers will be happy with this car because it feels better than the old model and after the test drive my co-pilot and I concluded it could compete with the current class leaders.

This is because of the improvements to the chassis construction and the extent that Hyundai have locally developed and tested the suspension. Listening to the list of changes you start to understand how much a small tweak can make. You also gain an appreciation for the amount of effort manufacturers put in to get the right ride and comfort levels.

An SR model with the same turbo-charged engine as the Veloster, a body kit and sports tuned suspension will definitely create some interest in the new Elantra and throw down the gauntlet to the more conservative competitors.

After two half days driving the fantastic roads of north-east Tasmania I was convinced the Elantra could fit the needs of a metro based fleet looking for a small vehicle with a large private boot space. My only concern was the seats. They didn’t provide the comfort I was looking for on a long country drive though with short trips and frequent stopping they would be more than adequate.