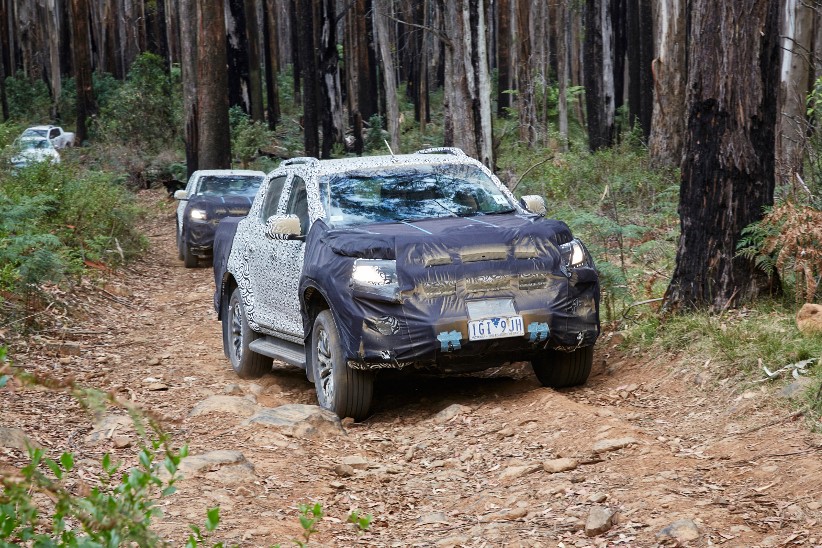 Fresh from its recent public reveal, the 2017 Holden Colorado is set to go on sale from early September, with Holden engineers confident the new vehicle will more than handle Australia’s distinctive driving conditions and customer requirements.

“The variety of roads in Australia and the variety of ways in which Australians use trucks means the 2017 Colorado has to be versatile enough to handle everything thrown at it,” said Holden’s Lead Development Engineer, Amelinda Watt.

“We know customers like to drive their Colorado off-road or on unsealed roads, but we also know they spend a lot of time on the bitumen.

“We’ve focused on improving refinement and driveability with a range of chassis changes, including electric power steering as well as engine and transmission noise and vibration refinements.

“We’ve also had the benefit of international experience, as the Colorado program was a co-development project between GM Brazil, GM Thailand and Holden – a great example of the type of engineering work Holden will be responsible for in the future.”

With significant input and involvement from the outset of the 2017 Colorado program, Holden engineers were able to drive change into the popular truck, based on Australian customer feedback and expectations.

In collaboration with Colorado’s GM Brazil Homeroom and GM Thailand Manufacturing facility, Holden engineers shared their expertise with international colleagues throughout the development of the product.

The final development drive for the Colorado program, known internally as the ‘100% Buy-off ride’, was managed by Holden in Australia and tackled a variety of terrain.  Combined with an extensive Captured Test Fleet program, local testing accumulated more than 100,000 km on inner-city and suburban roads, rural country roads and 4×4 tracks in state forests.

“Being involved from the start of Colorado’s development has given us the opportunity to ensure we have been able to address customer feedback,” Ms. Watt said.

“It’s also been beneficial to hold the final development drive in Australia and have colleagues from Brazil ,Thailand, India, USA and Europe visit and see first-hand the type of terrain our customers drive on.”

As the 4×4 Crew Cab truck segment continues to increase each year (doubled since 2006), it’s clear customers are using their Colorado for much more than simply hauling the tools to work. They need their truck to be versatile and easy enough to drive every day.

Co-developed with the GM Brazil team, Colorado’s Electric Power Steering (EPS) delivers a more responsive feel, giving the driver increased confidence.  A revised, steering calibration in combination with a faster steering rack (going from 41mm/rev to 48mm/rev), and the number of turns lock-to-lock lowered (3.9 to 3.29) delivers a car-like feel and a more precise response.

Major changes to Colorado’s suspension, co-developed by Holden with GM Brazil, delivers improved body control and ride isolation.  The changes include the introduction of digressive front and rear shocks, an increase in size of the front stabiliser bar (29/31mm to 34mm) and revised spring rates.

Other key developments in Colorado’s chassis include a revised set of engine, transmission and body mounts to provide a more refined and composed ride, in addition to a new final drive ratio (only in Australia) on manual transmission Colorado which will improve drive quality, particularly while towing.

The key to Holden engineers achieving improvements to powertrain noise and vibration in the 2017 Colorado is the introduction of a Centrifugal Pendulum Absorber (CPA) torque converter.

Ms Watt said: “CPA torque converters are more commonly found in premium diesel passenger cars, its introduction is a first for the truck segment in Australia which is exciting.

“The CPA torque converter helps reduce engine noise and vibration by cancelling out torsional vibrations in the driveline normally felt in the cabin.

“The added benefit to the CPA is the ability to apply a revised transmission calibration strategy with results in driveability and fuel economy improvements.”

The 2017 Colorado has been developed to the highest safety standards with additional active and passive safety features ensuring Colorado is not only one of the most high-tech vehicles in Australia, but also one of the safest.