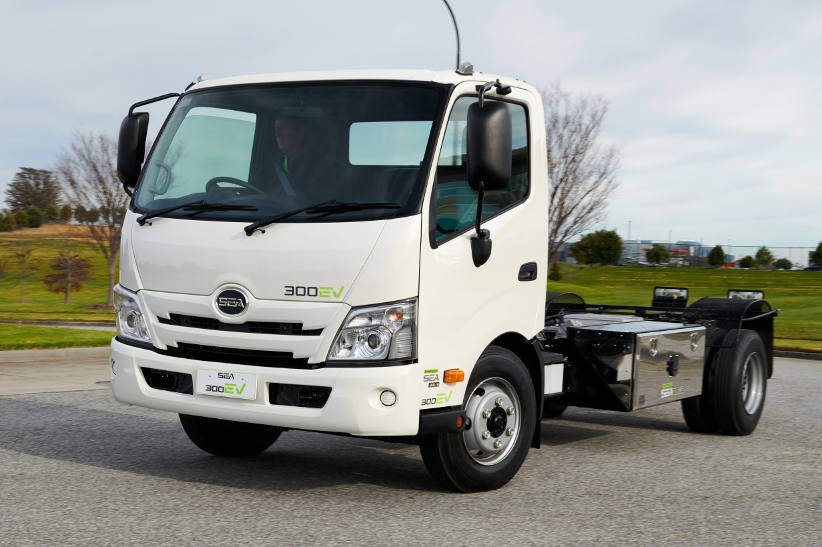 SEA Electric is celebrating the first Australian produced all-electric truck to roll off its production line since becoming a fully-fledged OEM earlier this year.

Delivered to leading mining company Mineral Resources (MRL), the SEA 300-85 is set to become a feature on the roads of Western Australia.

Constructed from a Semi Knocked Down (SKD) kit at SEA Electric’s Melbourne facility, the truck is finished with the latest SEA Electric badging and branding, complete with its own compliance plate and full factory warranty.

Rated to 8.5-tonnes, the SEA 300-85 is specified with a 138kWh battery driving a 1,500Nm motor, which lends itself to a variety of final applications, including dry freight, temperature-controlled freight, as an elevated working platform or a tipper for municipal use in a range of trims. Unladen, the combination has a potential range of up to 300km.

For MRL, the addition of an all-electric truck to its vehicle fleet is a strong demonstration of the company’s commitment to net-zero emissions. The truck will take pride of place when MRL goes on the road for community events and roadshows, and be used to transport materials between MRL sites.

“It is incredibly exciting to see the very first truck to roll off our production line; it is the culmination of years of effort by the entire SEA Electric team dating back to 2012,” said Bill Gillespie, SEA Electric President – Asia Pacific.

“Australian manufacturing and ingenuity is alive and well, especially so in the development of products in the EV space, with SEA Electric’s innovations game-changing for the transport industry.

“Our company’s stated mission is to eliminate more than a billion kilograms of CO2 emissions over the next five years, and that will be made possible with the efforts of early adopters of the technology such as MRL. As a company, they have committed to a path of sustainability, and we are proud to play a part in that.

“The response from the transport industry since the launch of our local volume production has been very heartening, and we are looking forward to passing many more milestones in the coming months.”

“We’ve developed a transition plan to a low-carbon future and that includes reducing our reliance on diesel,” Grey said. “Our SEA Electric truck is just one of the ways we’re driving towards net zero.

“Our mission is to grow our mining services and operations responsibly and across our business, we are finding ways to reduce our carbon emissions through improving fuel efficiency and optimising our logistics – transport offers us a great opportunity in this regard.”

While the volume produced SKD truck is a newcomer to the roads of Australia, the technology backing the package is proven with millions of kilometres of real-world use, thanks to a previous retrofitting program.

Since 2017, SEA Electric has been performing driveline swaps on existing internal combustion engine powered trucks, which has perfected the technology, including the patented SEA-Drive® Power System.

The move to construct from new on a production line by SEA Electric sees the process become much more efficient, with the trucks prepared quicker, cheaper and with less waste. It is also noteworthy that SEA Electric is currently replicating the production techniques developed locally in Australia for other markets worldwide.

The SEA 300-85 is just one example of the first full range of pure-electric trucks available globally, with options covering from 4.5-tonne car licence through to 22.5-tonne three-axle rigids. 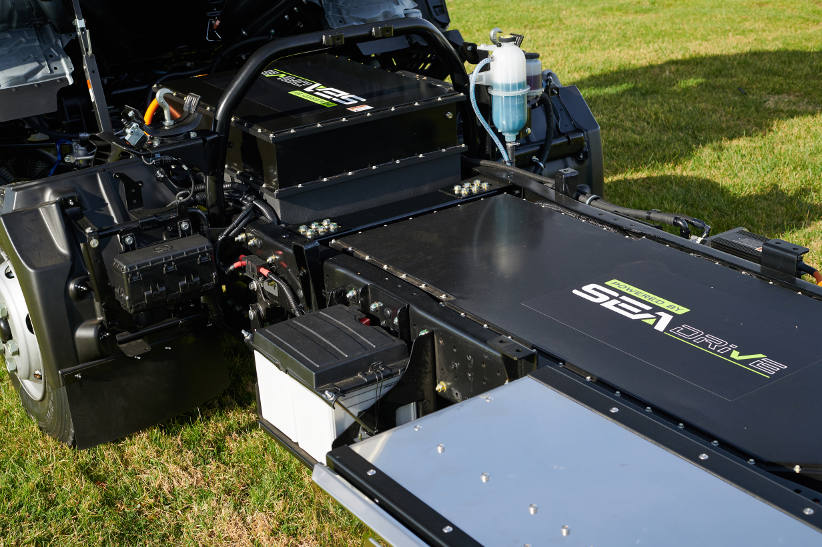