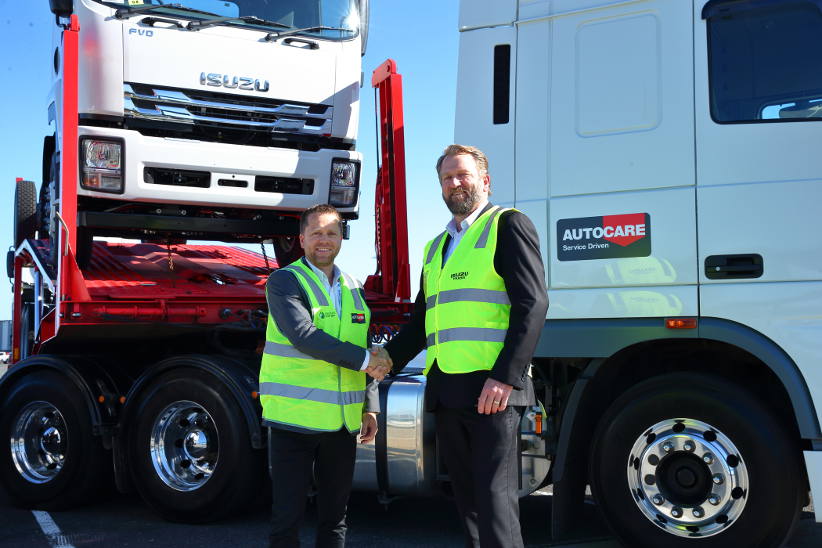 Autocare Services, a unit of LINX Cargo Care Group, said it has signed a new five-year contract to provide logistics services to Isuzu, the biggest seller of trucks in Australia.

The contract involves receiving goods from ships, some assembly of trucks, storage and dispatch to end users all over Australia. It’s something Autocare has been doing for Isuzu Australia for 20 years already, but this contract is the first signing since Autocare shifted ownership in 2016 to Brookfield from Asciano where it had been branded Patrick Autocare.

“It’s really an extension and builds on that tenure of history,” said Anthony Jones, CEO of LINX Cargo, adding, “While we talk about it being a contract, it’s really a partnership.”

Autocare delivers some 10,000 vehicles for Isuzu in Australia each year, but that’s just a small fraction of the unit’s work. It also provides a shore-to-door services for a range of OEMs. That’s not all. It has some of the country’s biggest fleets as customers.

Other services Autocare provides its customers may include processing of the vehicle, adding compliance plates, fitting trays to cab and chassis, conversion to left-hand drive, adding mirrors and so on.

Autocare has facilities in every major capital city, including on-wharf and off-wharf depots and storage parks. Its customers and their end users want to see and receive their new vehicles in perfect condition, and Autocare is presently rolling out upgrades which include pavement and mesh roofing to reduce risk of dirt, stone and hail damage.

“With a brand new car, they want them in pristine condition,” said Jones. “We have facilities with pavement, with hailmesh, so the cars are protected. For us it’s about reinvesting in our business.”

In all, the company said it has the capacity to handle more than one million vehicle movements a year and that it can store as many as 80,000 at any one time.

Of course, while the group is busy helping others get their fleet together, it has a big fleet of its own.

Jones said the Autocare fleet comprises some 300 prime movers, and 360 trailers (which range from single-level, to double, and multi-level). It also has about 140 shipping containers for movements by train from certain ports to other parts of the country.

The Autocare fleet is fitted out with MT Data telematics and Jones said the company utilises every bit of technology it can to maximise safety of not only its own drivers and staff, but everyone they meet.

“We interact with the general public each day,” said Jones, adding safety was the biggest focus. Vehicles are fitted with features such as adaptive cruise control and fatigue monitoring instruments, so “that we are the safest fleet we can be on the road.”

— Caroline Falls is a freelance reporter, writing for Australian and international publications. She can be contacted at carolinefalls@gmail.com.