LATEST NEWS
SYDNEY
Home Environment How often does your fleet sit parked with the engine idling? 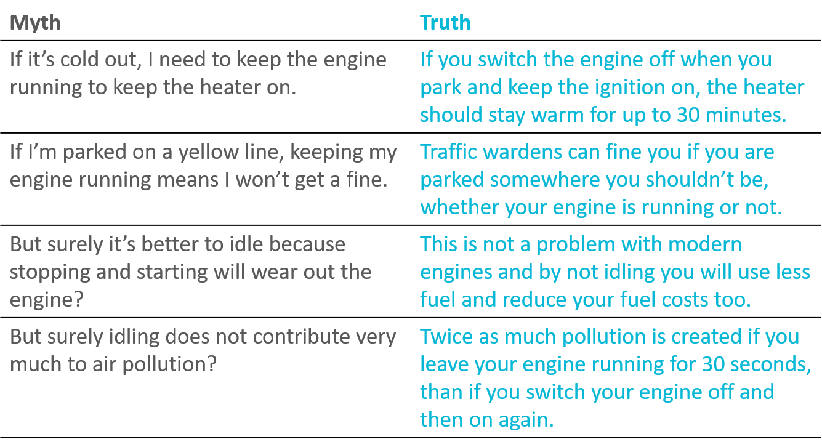 Idling - The Myths and The Truth - Idling Action London

How often does your fleet sit parked with the engine idling?

There was some construction work in the street outside the FAN office last week. A water main had broken and the Sydney Water crew were on the spot to fix it. In the silence of lockdown we heard a truck idling away. Being fleet people we knew constant idling wasn’t good for fuel usage, diesel engines, or the environment.

We ventured outside and saw the driver in the cabin. It was a truck carrying tools; no need to leave the engine on. It wasn’t a hot day. So we started the stop watch. An hour later the truck was still running.

To improve air quality in UK cities, fleets are being encouraged to educate drivers about the environmental damage and increased fuel costs when a vehicle is left running unnecessarily.

The Idling Action’s ‘Engines Off’ campaign, is led by Camden Council and the City of London Corporation. The goal is to highlight the how leaving an engine running harms the environment and wastes fuel.

Idling is ‘fuelish’ for all sorts of reasons, yet many of us still do it.

We are lucky in Australia that congestion and air pollution are not major issues in our cities. And with the recent lockdowns, air pollution has improved with less cars on the roads and no people in the CBDs. But this doesn’t mean we should ignore the issue.

If you’re using telematics in your fleet, idling is something that can be measured. How much is normal? How much is too much? Which drivers idle more than others?

As we approach the warmer months in Australia, idling will become more popular as fleet drivers try to stay cool. And it won’t just be truck drivers. Sales representatives like to sit in air conditioned cars doing paperwork. Maybe they can wind the windows down this summer?

Fleet Managers are being asked by their organisations to reduce costs, increase asset utilisation and reduce carbon emissions. Setting a target to reduce vehicle idling time can be easily measured with a telematics system, and it ticks all three objectives.

Give it some thought. Can your fleet stop idling this summer?