Some cars just attract attention and Hyundai IONIQ 5 is definitely one of them. It was a weird few weeks because earlier in the month I was driving the Hyundai Staria people mover which attracted plenty of stares thanks to its futuristic design. However this time, the technology in the car matched the looks.

I was excited to finally get into the AWD IONIQ 5 in Galactic Grey with 225kW of power and a range of 430km. It had been a while since I drove an EV and was wondering if I had been overselling the benefits to people when I recommended electric vehicles for their fleets.

When I picked it up from Hyundai HQ the car park was full of activity and I was engaged in conversation with another journo when they tossed me the key. Once I jumped into the IONIQ 5 I was keen to get going. However, I couldn’t find the gear change lever. I was just about to go online and look at the brochure when I found it tucked behind the steering wheel like an old fashion ‘three on the tree’. 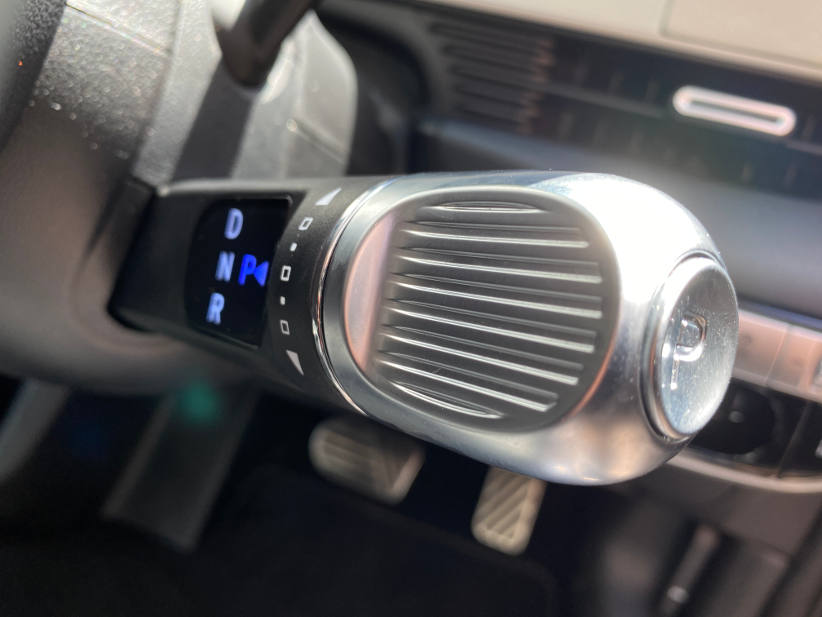 This is where the connection with the past ended. The IONIQ 5 is the future of motoring delivered on Hyundai’s Electric-Global Modular Platform (E-GMP) which disrupts the traditional process of exterior and interior car design.

From the outside the IONIQ 5 looks electric thanks to the Parametric Pixel LED headlights that provide a distinctive front end. The clamshell bonnet is made from aluminium and there are drag-reducing active air flaps in the lower intake giving a clean aerodynamic look. A number of other aerodynamic touches blend with the large 20″ wheels which are pushed to the outer edges of the body to create a powerful and brooding stance.

It’s the interior that challenges your senses. The front footwell area is an open space with nothing to mark out the territory of passenger or driver. It’s a cool design trick using space to create a luxurious feel. It amazed every passenger that came for an EV experience (test drive) because it doesn’t cocoon you into your allocated spot like an ICE vehicle.

This is rare treat to savour the IONIQ 5 because I think designers will find a way to jam more features into future models and steal the volume which will also extinguish the luxury. 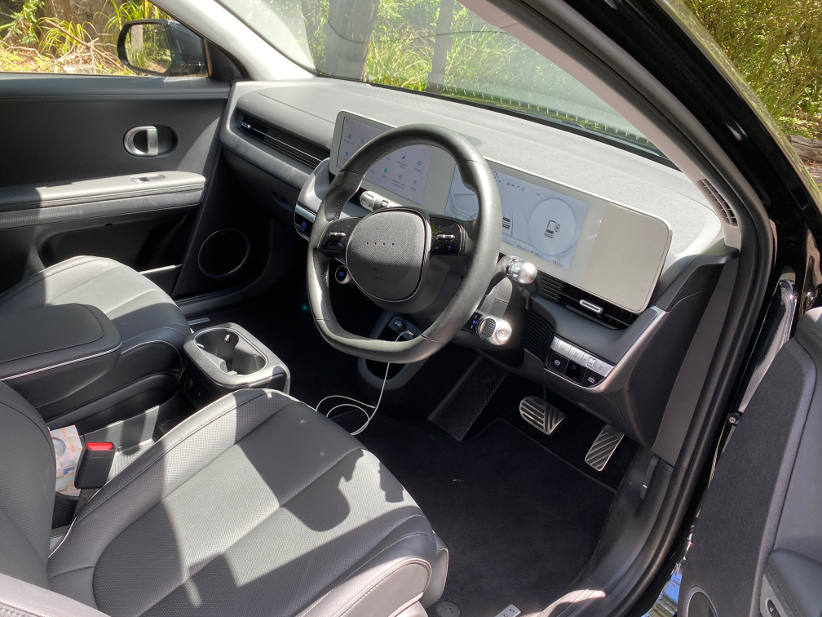 Other luxuries include seats trimmed in sustainable eco-processed leather with relaxation mode for the front occupants which provides a weightless posture so occupants can stay comfortable while resting in situations such as when charging the vehicle on a long road trip. I found this very useful while waiting for soccer training to finish.

Another old fashion idea reimagined is the generous drawer-type glovebox that holds up to 9.4 litres of personal items. More like a sliding pot draw from your kitchen than the traditional place to store your driving gloves. Maybe a name change with the next model.

Driving the IONIQ 5 is the real pleasure. Hyundai have adopted a range of measures to reduce noise, vibration and harshness (NVH), to complement the quiet nature of the electric powertrains. It’s so peacefully quiet inside the cabin that coming back to an ICE was stress inducing.

It worth reading the list below of noise reduction features because they are so subtle you’ll never think of them again.

This is the questions everyone asks – how do you charge it? I even asked the team at Hyundai when I picked it up. I expected a swipe card to be included that could be used at the growing number of EV charge stations around Sydney. I don’t have off-street parking so a household powerpoint wasn’t an option.

After a few days of driving, the car told me it was using 19kW/h every 100 kilometres. So was able to work out I could drive 382 kilometres with the 72 kW/h battery. Plenty of range for a week of running errands and driving to the office.

When I had three days left the range was 180 kilometres. Still more than enough; but I panicked! In the previous four days the temperature had soared to 35 degrees and the heavens opened to flood the streets. Each weather event impacted the range forecast in some way. I also found switching drive modes adjusted the expected range. In each situation the IONIQ 5 provided tips on reducing energy consumption to increase the range.

So I drove to the 22kW charger at the local shopping centre for some free electricity. I had done this before for the Q7 PHEV I borrowed from Audi several years ago. Back then it was an easy experience but it took so long for an extra 20 kilometres in range it wasn’t worth the effort.

When I connected to the EV charge station, the very helpful IONIQ announced that I was successfully charging. And the 12.3 inch digital instrument cluster told me I was charge rate was 11kW/h. So in one hour (the time it takes to buy some groceries) I would have another 57 kilometre of range. Being informed relieved the range anxiety.

This experience showed me how much the charging process has improved in a short period of time. With the next generation of cars designed without the legacy of ICE powertrains, I have no doubt that fleets will be able to transition to electric vehicles at a rapid pace over the nest few years. 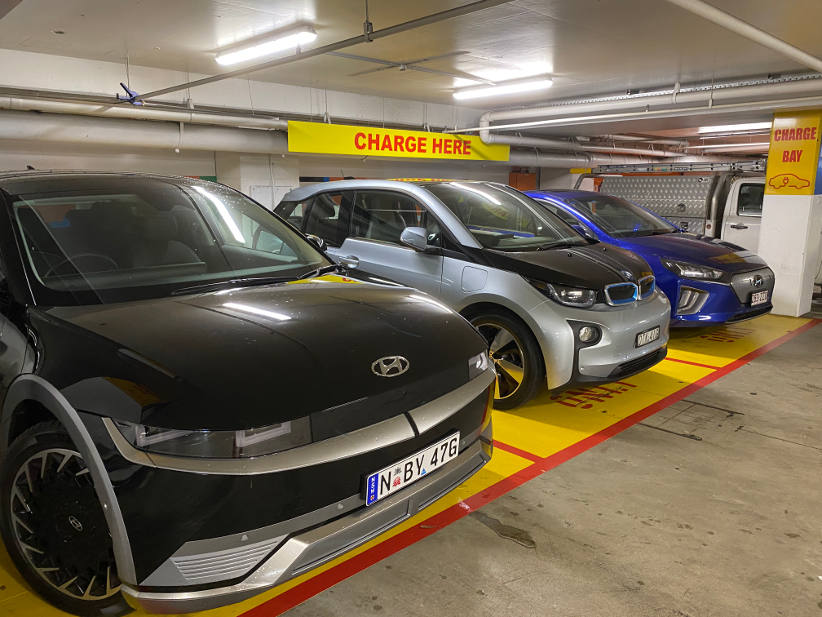 5 steps to implementing electric vehicles in your fleet