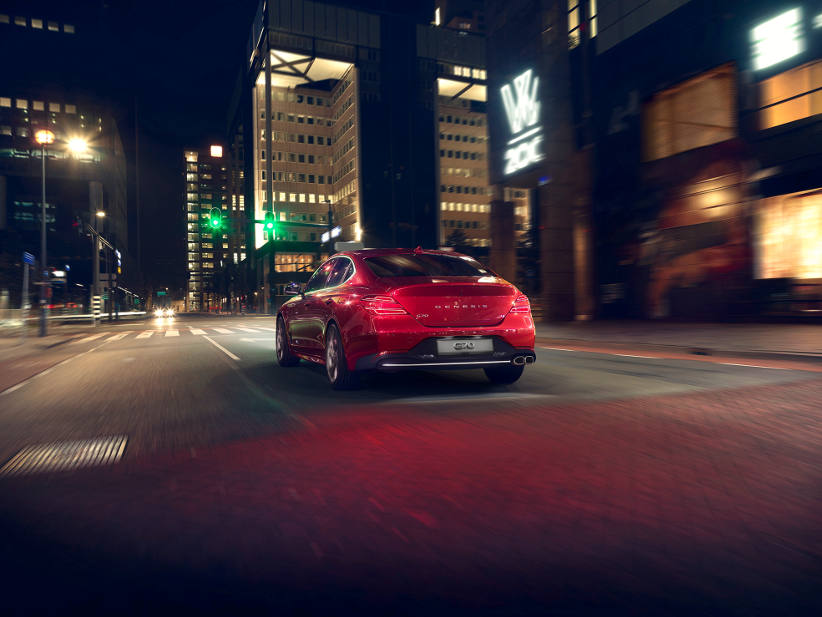 In October Genesis announced the global launch of the G70 which will be available in Australia during the first half of 2021.

The new Genesis G70 features a fresh design and enriched technology. These changes further align G70’s visual signature with the latest iteration of the brand’s “Athletic Elegance” design language, as seen on the all-new G80 sedan and first-ever GV80 SUV being launched in Australia in November. FAN has seen the pre-production versions of the GV80 and they are very luxurious.

Comprehensive Style Update for the Most Athletic Genesis Sports Sedan

The most athletic sports sedan offered by Genesis, the award winning G70 receives a performance and styling update. Up front, the new G70 gains the brand’s signature Quad Lamps, featuring super thin LED lamps which stretch like wings of the Genesis emblem. The low-slung Crest Grille evokes an aggressive stance that emphasizes the G70’s performance character.

Viewed from the side, the new G70’s profile retains the familiar long hood and short front overhang, communicating its agility even when parked. Four all-new wheel designs further enhance its presence, and a new air extractor positioned aft of the front wheel designed to optimize airflow efficiency. The Parabolic Line adds an elegant touch over the muscular surfaces, just a like a tailored suit for a world class athlete.

At the rear, Genesis’ signature Quad Lamp taillights and prominent Genesis text over the clean of the surface of the trunk lid shows an unmistakable Genesis identity. Dual exhaust tips and a body-coloured diffuser add the finishing touches to the sport sedan’s updates.

A total of 14 exterior colours will be offered, including two new metallic options and three matte finishes. Sedona Brown and Tasman Blue are the new metallic offerings, while Verbier White, Melbourne Grey and an all-new G70-exclusive colour, Bond Silver, make up the matte-finish options. 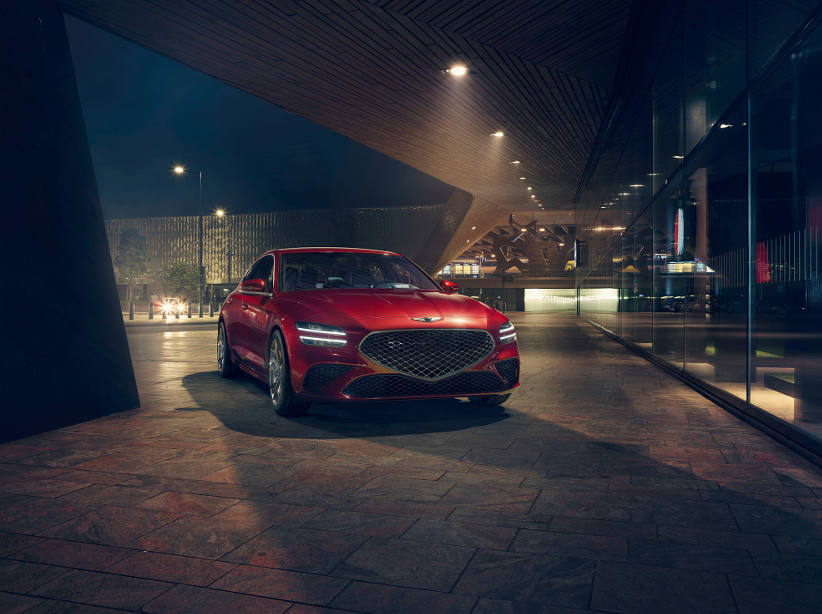 The new G70’s driver-focused cockpit benefits from a number of useful improvements as well. A larger, wide-view 10.25-inch touchscreen infotainment system is positioned for easy reach at the center of the dashboard, and features both a Genesis-exclusive user interface and over-the-air navigation updates. The instrument cluster is also enlarged to provide better readability, and the wireless smartphone charger is enhanced to provide improved charging speed.

In addition, the 3.3-litre V6 with Sports package benefits from the addition of a Variable Exhaust Valve System, which gives the car a more aggressive exhaust signature, and a new Dynamic AWD System offers a built-in drift mode.

The new G70 comes standard with a 10.25-inch infotainment system, including: