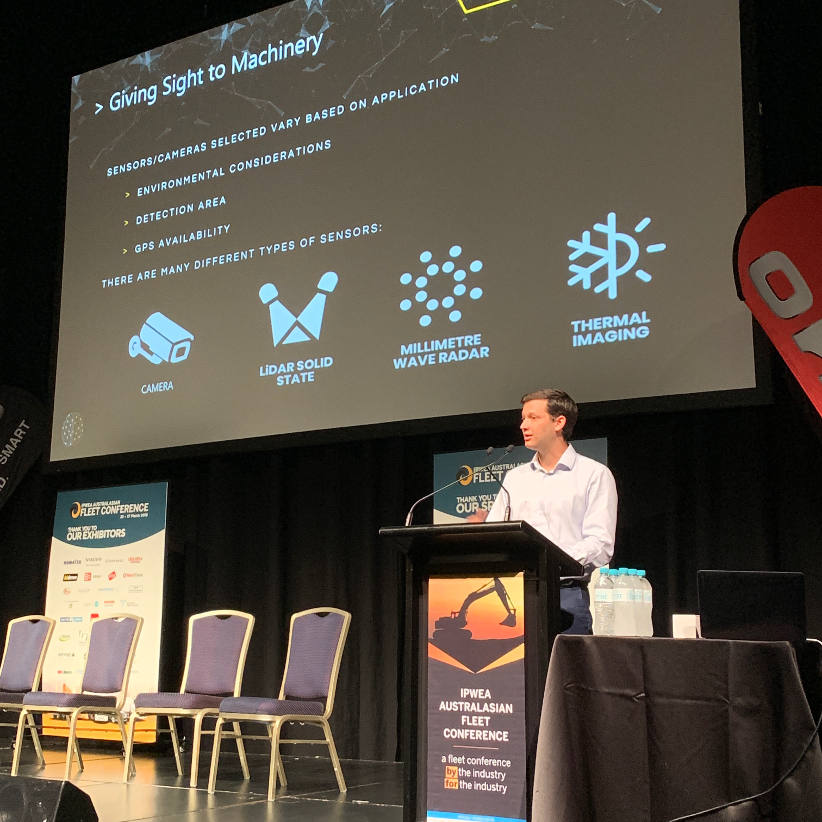 Scott Hansen, Co-founder and Director of Corematic Engineering at the IPWEA 2019 Conference

Getting ready to say goodbye to steering wheels

Vehicle and equipment technology is changing so fast that one fleet manager reckons he’s just placed his last order for anything with a steering wheel in it.

“One of our major clients, a fleet procurement officer, recently placed a large purchase order for a number of vehicles and he said that was going to be his last non-autonomous order,” said Hansen. “He said everything from here on won’t have a steering wheel.”

Hansen is a mechatronic engineer, or specialist in applying robotic and electronic technologies to electrical and mechanical processes. Hansen, speaking at the recent fleet conference organised by the Institute of Public Works Engineering Australasia (IPWEA), said advances in vision and sensor technology have been so rapid in the last few years, that a Google trained system to recognise and detect humans among other similar sized objects has achieved 98 percent accuracy.

“That’s very exciting from the computer technology point of view but from a risk perspective that’s still not good enough,” Hansen said, adding, “Bit by bit, we’ll get there.”

When we do get there, expect to see big improvements in workplace safety, predictive maintenance, and productivity.

A Safework Australia report showed 63 percent, or 119, of 190 workplace fatalities in 2017 involved a vehicle.

“That’s a scarily high statistic and definitely something that vision systems and intelligent detection technologies will be able to mitigate for us,” said Hansen.

Another major benefit of autonomous equipment will be reduced downtime and costs related to maintenance. That’s simply because of the fact the equipment will only be able to operate according to the conditions limits set by the manufacturer, said Hansen. “Today, in the real world those limits are often seen as more of a guide by a lot of operators.”

Other advances in vision technology, including millimetre wave and thermal imagery dubbed superman technology, will also increasingly be applied to preventative maintenance. The imaging will be able to be used for example to identify cracks not visible to the human eye in things like engines and hydraulic pipes, with potential huge savings in time, labour and money.

Improved productivity is also on the horizon. A major benefit of autonomous equipment, particularly that comprising the quiet electric motor, is that it can and will be operated 24 hours a day, seven days a week. Hansen gave an example of a client in the agricultural sector who has just brought in autonomous mowers for around the clock use.

Finally, Hansen paid homage to the IPWEA fleet conference delegates by saying their attendance at this sort of gathering together to hear about the latest technologies and developments was good for progress.

Finland has recently launched autonomous freight trucks and Hansen said, “I’m hoping that’s something that can happen here. Getting together like this fosters adoption of new technology.”