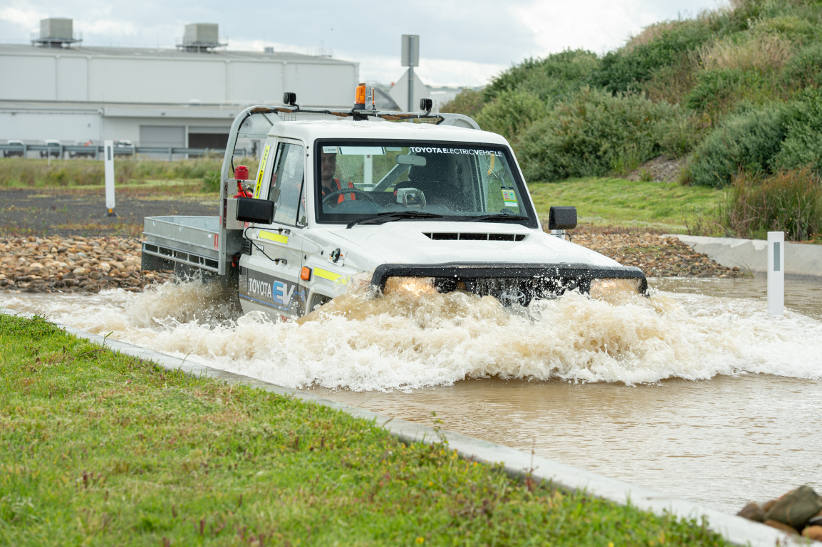 The converted vehicle – equipped for underground mine use – will operate under full battery power and will not require any fuel to run. The trial will take place at a BHP Nickel West mine in Western Australia.

Toyota Australia’s President and CEO Matthew Callachor said the trial is another step Toyota is taking as part of its bigger picture of a zero emissions future.

“BHP and Toyota have demonstrated a strong relationship throughout the last 20 years, and this project is a great testament to how we can both work together as leading companies in our respective industries to change the future,” Mr Callachor said.

Edgar Basto, President, Minerals Australia, BHP said: “This partnership is another step in our ongoing studies into how we can reduce the emissions intensity of our light-vehicle fleet.

Reducing our reliance on diesel at our operations will help achieve our medium-term target of reducing operational emissions by 30 per cent by 2030.”

Toyota and BHP will release more information will be provided in the coming months.