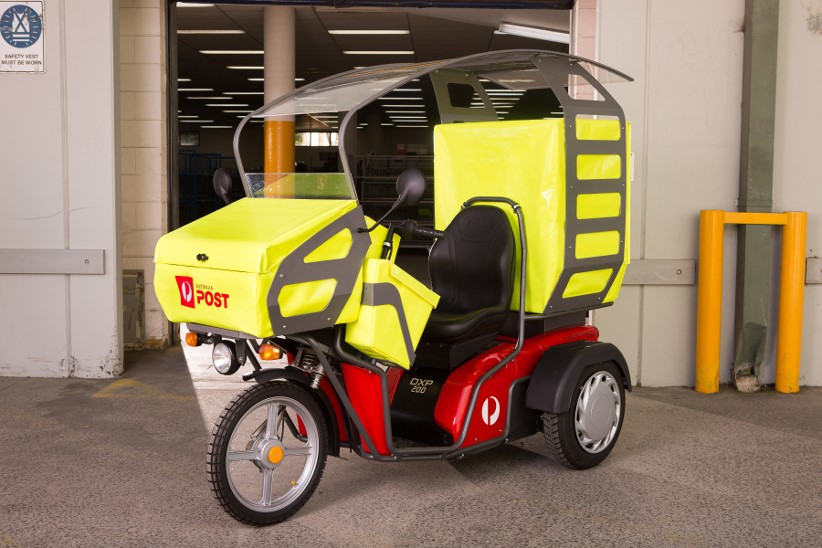 Australia Post has introduced electric bicycles and is investigating the use of larger electric vehicles for its letter and parcel delivery fleet in a bid to make the fleet more environmentally friendly.

“As part of our Environmental Action Plan, we’ve been looking at ways to make our delivery fleet more sustainable,” said James Dixon, general manager of transport, road and air networks at Australia Post. “The majority of the changes we’ve made so far have been in the delivery of letters and small parcels through the introduction of electric bicycles and three-wheeled electric delivery vehicles. We’re also investigating the use of larger electric vehicles including vans and trucks as they become available.”

Australia Post launched their first Environmental Action Plan on World Environment Day in early June. The plan is part of the organisation’s commitment to cut carbon emissions by 25 percent by 2020 and save some $10 million a year through environmentally sustainable programs.

Dixon said fleet was a significant element in contributing to the environmental plan.

“Our fleet is a key area where we can make a difference to our environmental footprint. This is why we are looking into electric vehicles and implementing them into our delivery fleet in areas where it’s safe and makes sense to do so. We’re also looking at upgrading our larger vehicles to improve fuel efficiency.”

Dixon said Australia Post has considered use of other alternative fuelled vehicles including hydrogen. “We have investigated the use of hydrogen vehicles, but vehicles of this kind are extremely limited at this stage.”

Other measures being taken at Australia Post, include installing a solar panel sytsem –the country’s largest – at its Sydney parcels facility, which is saving some $8000,000 a year. It has formed partnerships with groups like TerraCycle, Planet Ark and Mobile Muster to recycle packaging and save some 26,000 tonnes of material from landfill over the past three years. Its own packaging is now completely recyclable, according to an Australia Post press release.

In addition, Australia Post is working with third-party suppliers, including road and air transport operators, and electricity and gas suppliers to reduce its emissions.