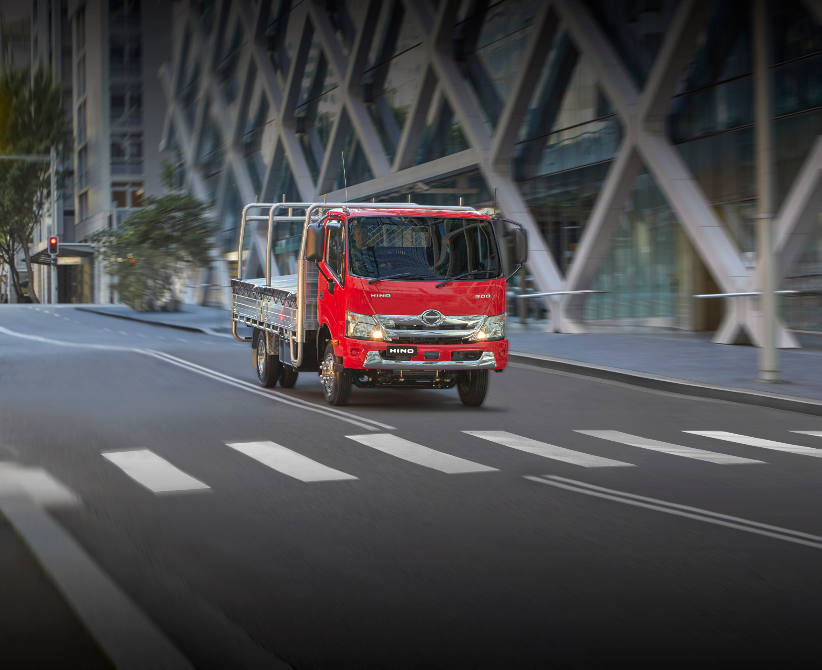 A truck with safety features that a Fleet Manager would love

In July Hino launched the 300 Series via a Zoom. It was interesting to see the usual crowd of motoring journalists in their own environment. Normally these launches are held in exotic locations with great food and wine to encourage us to write favourable stories. But with a truck this good, I think the press can only be positive.

It was billed as an innovative, unique launch format that aligned with the technology and safety features being released in light duty truck segment for the first time in Australia. After numerous Zoom meetings since the first COVID lockdown in March, even the most technologically inept journalist was ready for this one.

The presentation was slick and as the model information was released I started to realise why the ‘test drive’ is so important. This vehicle is such a quantum leap in active and passive safety for the light truck segment that as good as the Zoom launch was, it didn’t do the truck justice.

The 300 Series makes up more than 50% of Hino sales each year and it’s often the first experience a driver has with the Hino brand because you only need a car licence, so it needs to make a good impression. The light duty truck segment is experiencing significant growth with the increase of online retailing and last mile delivery. So with this model Hino is targeting the fleet and government market that use multiple drivers and can’t guarantee that everyone will have a truck licence.

The foundation of the Hino safety specification is Vehicle Stability Control (VSC), which has been a feature of the 300 Series for nearly a decade.

“The addition of Hino SmartSafe in the new 300 Series will reaffirm its position as the safest Japanese light-duty truck in Australia,” said Mr Petrovski.

PCS can detect a potential collision with another vehicle, and/or a pedestrian using radar technology and image sensors.

“If the system detects the possibility of a collision, it will warn the driver to apply the brakes using both visual and audible alerts,” said Mr Petrovski.

If the system determines that a collision is imminent, it can autonomously apply the brakes to minimise the damage or even avoid the collision.

“Since its introduction as standard fitment on our medium-duty 500 Series Standard Cab models in early 2019, our customers have embraced PCS as an active safety system and have been requesting its introduction across other Hino models.”

Meanwhile, the Lane Departure Warning System (LDWS) similarly alerts the driver visually and audibly if the truck is deviating from its lane without the turn indicators being engaged.

Daytime Running Lamps (DRLs) along with the PCS radar in the bumper and an updated grille help to distinguish the new 300 Series from its predecessor.

“The DRLs are a unique feature for Hino in the light-duty truck segment – they ensure that if headlamps are not turned on in low light conditions, the vehicle will be still seen, adding to the overall safety of the vehicle.”

The 300 Series Cab has been tested to the UN ECE R-29 cab strength certification and features narrow A-pillars which ensure a nearly uninterrupted forward view.

Forward vision is complemented by the heated and electrically operated flat main mirrors, and the convex spotter mirrors which offer vision to the side and behind the vehicle.

“When combined with the high definition waterproof and infrared Reverse Camera, the new 300 Series offers near 360-degree vision for improved safety when manoeuvring the vehicle.”