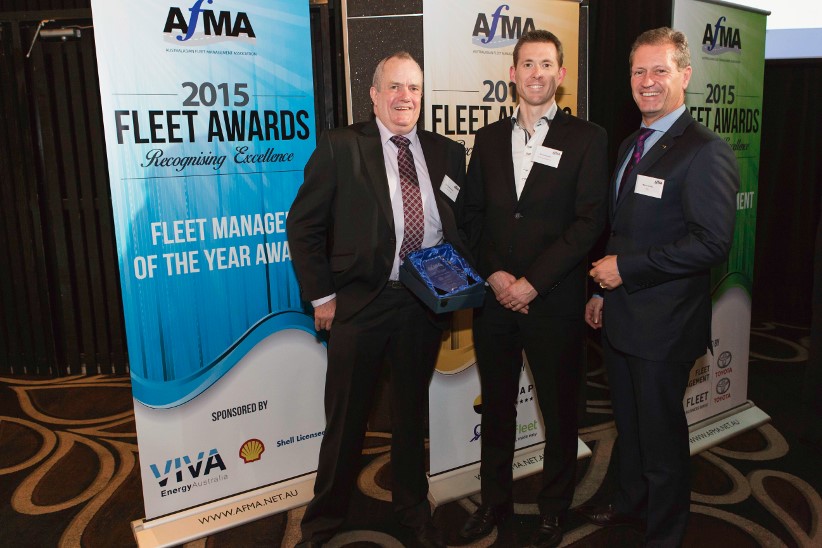 David Stevenson, corporate procurement manager at RCR Tomlinson Ltd,  has been announced as the 2015 Fleet Manager of the Year Award by AfMA.

In 2013 RCR Tomlinson acquired the Norfolk Group and went from a medium sized fleet of 350 to more 1,700 vehicles. Overnight managing the fleet turned into chaos.

There were major differences between the fleet policies of the two organisations which presented some immediate challenges. The task ahead was considerable and required a multi-faceted and layered approach to meet the corporate objectives of reducing costs and eliminating wastage whilst gaining operational efficiencies.

The financial rewards have been considerable including removal of 262 vehicles which provided savings of $2.1 million in operational expenditure and the equivalent of $10 million in CAPEX. And an ongoing consolidation of vehicle manufacturers will provide more than three million in further savings.

The removal of excess and aged vehicles combined with other initiatives have assisted in reducing the organisation’s vehicle accident rate per 100 vehicles from 9.2 to 8.07. And the rate of driver-at-fault accidents has reduced from 48% to 41%.

The organisation’s environmental footprint has also been reduced given the reduction in fleet size and replacement of aged vehicles with newer greener vehicles.