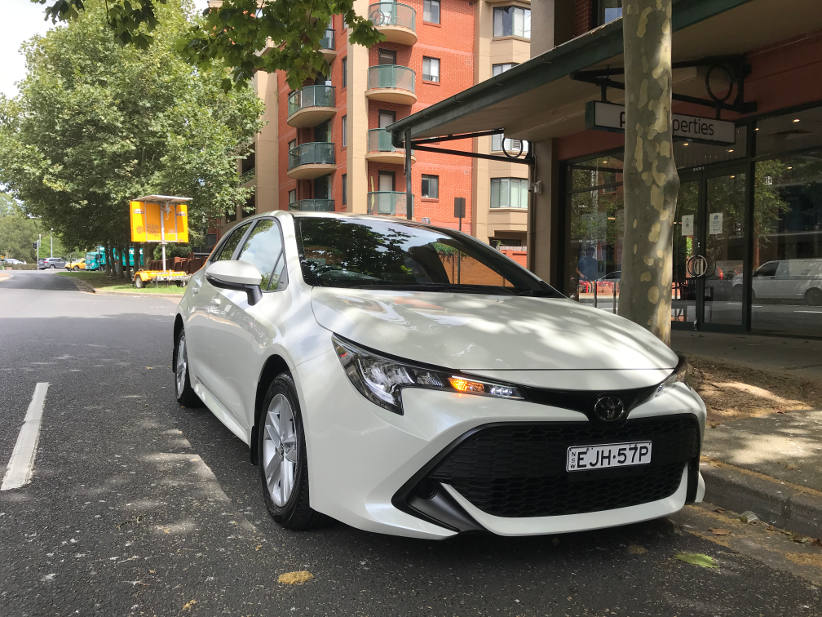 After driving large sedans for most of my time on the road for work, I thought the Corolla as a small car. It only took five minutes in the drivers seat of the latest generation Corolla Ascent Sport to realise it was large enough for me and my daily routine.

In the history of Australian fleets, Commodore and Falcon still feature as a favourite fleet vehicle with career sales reps though many haven’t driven one for almost a decade. The Camry hybrid has been a favourite of many fleet managers since it was launched, and post GFC smaller cars like the Corolla have been Fit for Purpose in most fleets with almost no objections from drivers.

So looking over a long enough time line it would appear that cars in fleets have been getting smaller. But smaller doesn’t mean worst as I found out while spending a week in the Corolla Ascent Sport.

When I jumped into the drivers seat it hugged me. It’s a sports style seat that provides the comfort levels not found in the small cars I remember from my youth. 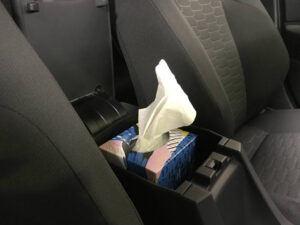 Toyota has designed the interior of the car so the driver has plenty of room. You could call it a cockpit, or command centre, because everything is at your finger tips. With hours spent in the car each day the sense of space is important for fleet or novated lease drivers. While having the passengers seat so close means you don’t have to reach as far to grab your files or notepad. Which also reduces the likelihood of stretching injuries (a genuine risk for older road warriors). 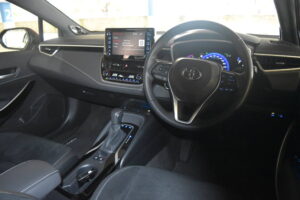 The 2.0L four cylinder petrol engine combined with the CVT transmission does a great job to get you around town. I didn’t get to test it on long distances or motorways because my focus was on using it for work trips; and it passed with flying colours. It wasn’t the hybrid model and doesn’t have any stop/start technology; it was so integrated into the no fuss driving experience that I didn’t even make any notes on engine performance.

One thing I did notice was parking. I think I saved two hours during the week by not looking for parking because it could fit anywhere. When calling on customers in Sydney suburbs you often find yourself in industrial areas where street parking is the only option. With the Corolla Ascent Sport I found spots that wouldn’t take a Camry or SUV. And reverse parking is so much easier with a small  fleet car.

I took several days to adapt to the safety technology that is standard across all models in the Corolla range. The All Speed Active Cruise Control has several sensitivity setting and at first it wasn’t reacting the way I wanted it too. And the Blind Spot Monitoring doesn’t come on the Ascent Sport so I had to adjust my change changing technique to avoid any collisions.

The Lane Departure Alert with Steering Assist isn’t as interactive as I found in with manufacturers though it works well. If you’re trading up from an older model Corolla (or any other Toyota) you’ll appreciate any of the extra safety features.

A safety feature I was pleased to find was the Road Sign Assist which reads the speed limit signs and notifies you of the current speed limit via the instrument cluster. With so many different speed limits on the roads around Sydney, keeping your licence can be a challenge if you aren’t travelling the same route everyday. 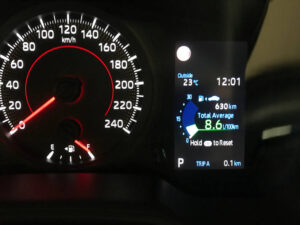 So after a week I asked myself, if the Corolla Ascent Sport became my company car would I be happy? Yes, is the answer. It is definitely Fit for Purpose for a sales role around the metropolitan areas.

Would I need a second car for family holidays and longer journeys? Yes, because I have three kids and the rear seats are compact. Though in a few years they’ll all be driving themselves and I could be cruising around in a Corolla ZR Hybrid with Head-Up display, climate control air-conditioning and leather accented heated eight way power adjusted sports seats. 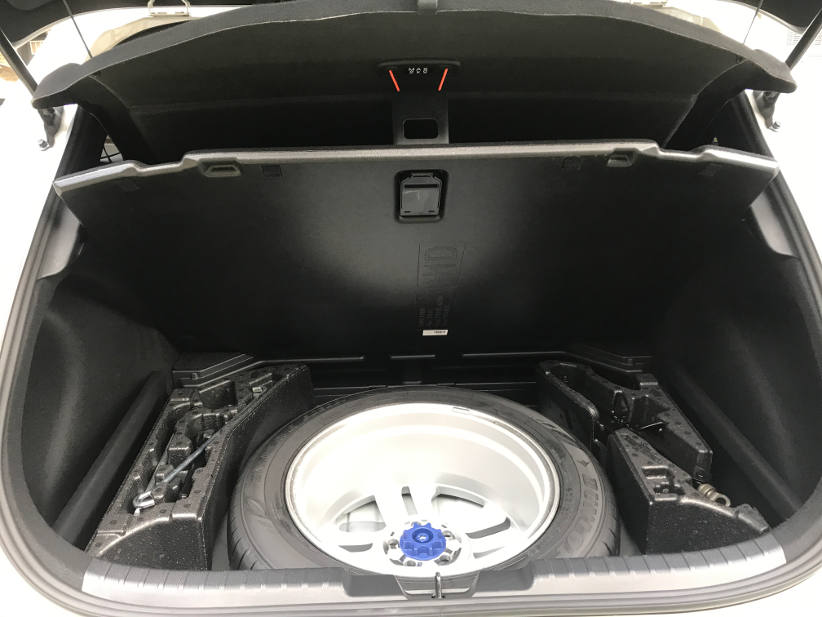 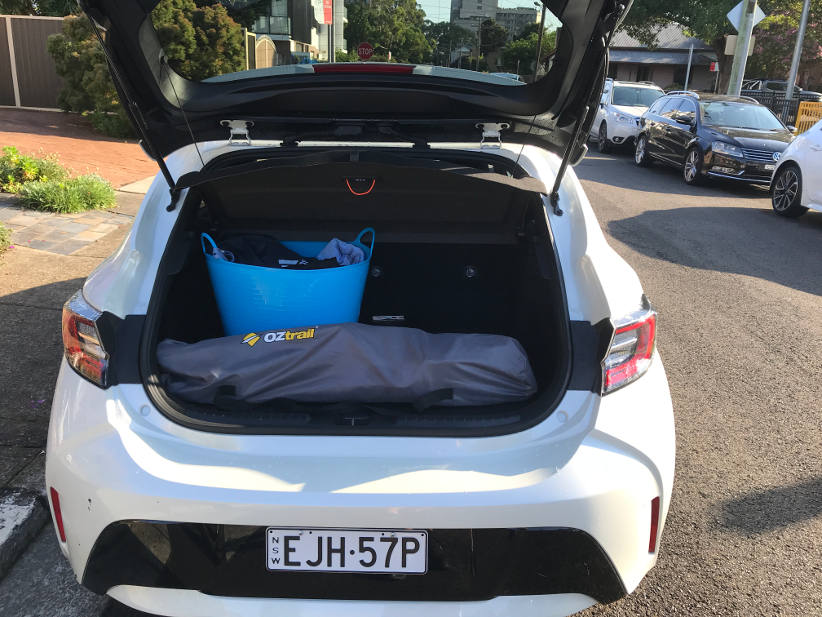 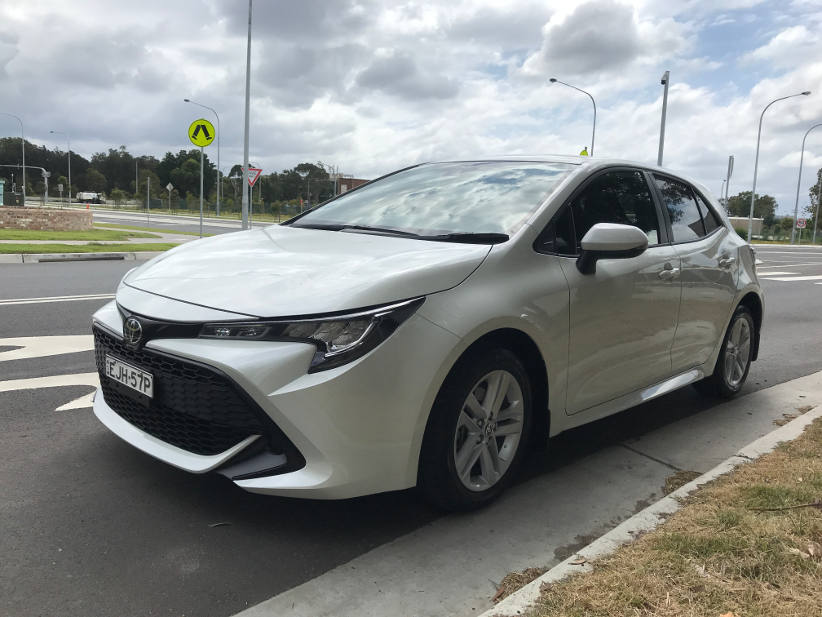 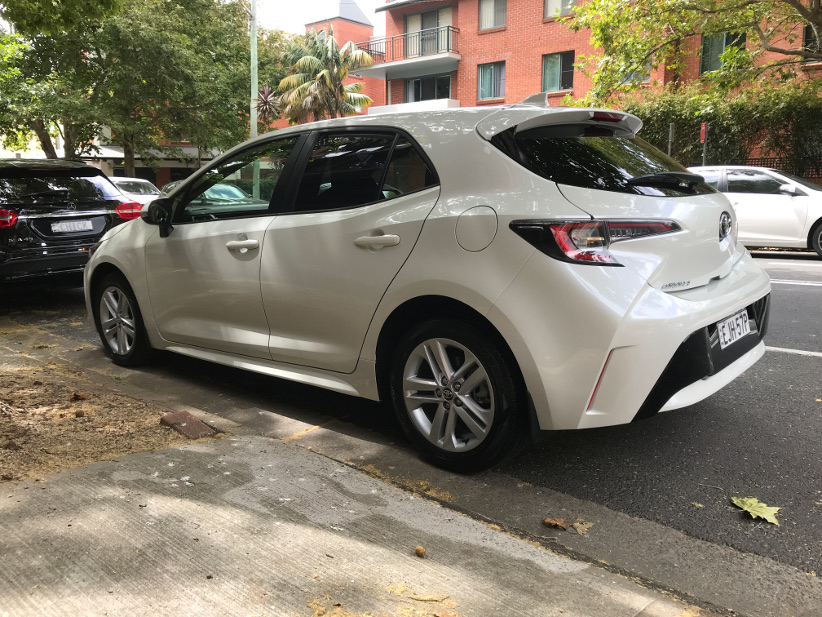 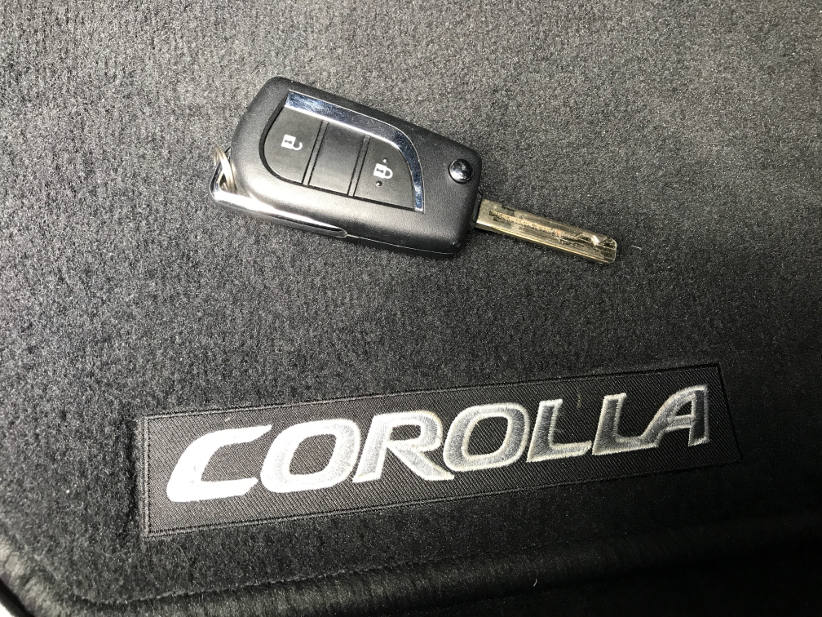