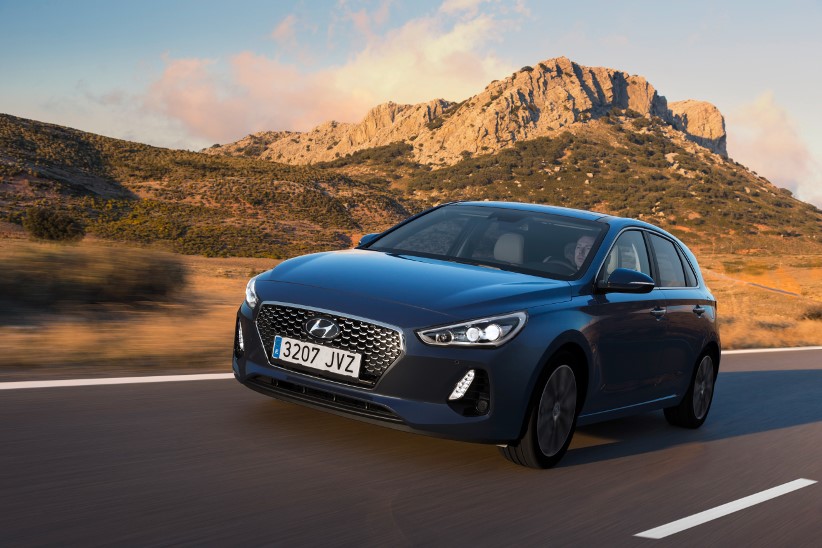 The new i30 is better in every way

The i30 has been Hyundai Australia’s backbone since its launch – accounting for 37% of their sales in 2016 –  and has been their leading car dominating in one of the largest segments.

So they’re out to prove why the new i30 deserves the title of Australia’s best selling hatch. And if their past successes are anything to go by then we’re set to see their best seller yet because it’s packed with features, it has a lighter and stronger chassis with a more powerful engine.

This third generation ‘reinvented’ i30 is the most refined and reliable one to date. It’s full of driver focused dynamics, outstanding new characteristics and all the tech you’ll need.

It’ll be lining up once again to take on the likes of the Toyota Corolla, Mazda 3 and VW Golf. You’ll also see the range of variants for comfort or sport in the SR and SR Premium models, and later in the year the unveiling of the Ni30, which will kick off Hyundai’s sport focused N series.

Besides the defined new sport performance direction, we’re seeing a major facelift across the brand. At a glance, the i30 leaves a classy, yet foreign first impression to what you expect from a Hyundai. The new exterior look is definitely more sleek and modern, with a longer front, flatter grill and muscular body – much unlike the models before. Alloy wheels and LED daytime running lights are included as standard across all the models, including the Active.

The interior continues the journey the external started, bold and simple with a lot of thought behind safety by raising and the positioning the user consoles to a safer eye height. There’s an impressive 8 inch tablet style multimedia system that works a treat with Apple Play and Android Auto. The cabin space is generous in the front and rear, enough for transporting goods, or even a small family – without intentionally trying to challenge the family car category.

Safety has been a key focus with features like blind spot detection, a reverse parking camera, front and rear sensors, and a SmartSense advanced safety feature pack available later this year (a standard for SR models). The multimedia system includes satellite navigation and a DAB+ digital radio, with the elite models offering wireless android phone charging in the console.

There’s a range of three powerful engines, including 2.0L GDi, 1.6L GDi Turbo and 1.6L CRDi. Personally, the torque and response of the diesel engine was most impressive – superior to the last model. You can definitely feel the benefits of the improved engine specs milking its lighter, lower frame.

The thoughtful suspension was an impressive performance feature, hugging to bends and defusing any discomfort – even on gravel roads. There’s bigger brakes, sharper steering and a chassis developed for Australian focused.

The new i30 is more athletic and dynamic, and just feels comfortable, controlled and agile. It offers greater value for money than its previous models, and should be making the competing category shake in its boots.

I’m interested to see how the SmartSense safety pack will enhance the driving experience once released later this year, and whether or not the N series sports performance realignment will tarnish the ‘safety’ badge of honour that the brand has worked so hard to affiliate themselves with.