LATEST NEWS
SYDNEY
Home Mobility The fight for space on our streets, kerbs and footpaths 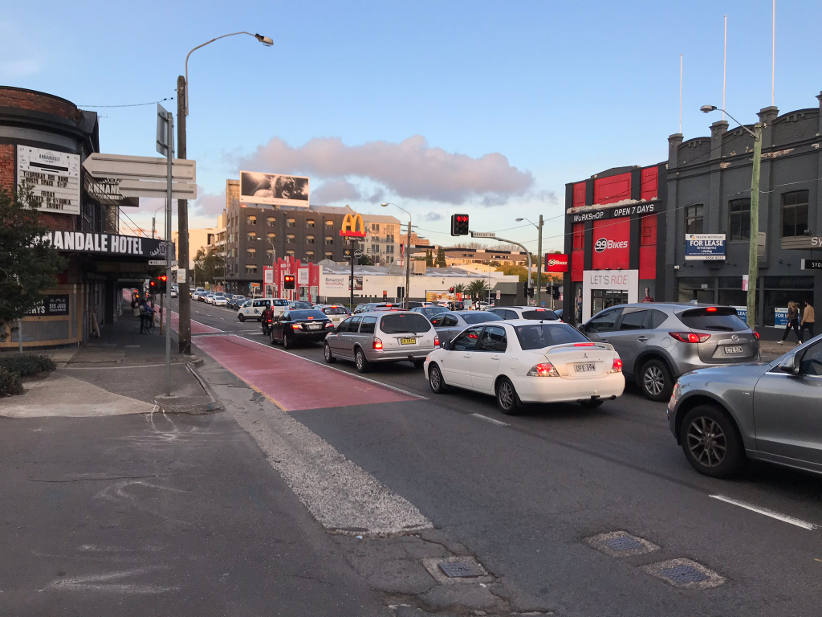 The fight for space on our streets, kerbs and footpaths

Posted By: The Fan Teamon: September 09, 2019In: Mobility
Print Email

“We’ve fallen into a trap in the last 20 years where a road is designed to convey stuff,” said Chris Isles, executive director, planning at Place Design Group, adding, “Parramatta Road (Sydney) is so horrible who would choose to spend time there as a pedestrian?”

Isles, named Australian Planner of the Year in 2015, and who is an advisor to governments and developers on urban planning, was among speakers at a Sydney-based talk on the future of mobility that was hosted by the Electric Vehicle Council and the Committee for the City of Sydney in July.

He was concerned about liveability in cities where roads and streets are becoming increasingly congested, crammed with signs, digital marketing, bicycle racks, bus stops, and car parking.

The introduction of micro-mobility options, including scooters for hire had added to the competition for space, including on the footpath.

The takeoff of food delivery, evidenced by the expansion of brands such as Uber Eats and Deliveroo, has also intensified the competition for kerb space — the line between the road or street and the pavement. Supermarket to home grocery deliveries, and parcel deliveries from online shopping are also swelling the freight task.

“The only way we can start to solve these issues is to get into more shared mobility zones,” said Isles. He recounted telling a roomful of cyclists they would have to share their lanes with others, such as motorbike riders. “I was almost shot down,” he said, “They didn’t want to share after fighting 20 years for them.”

Isles also talked about the difficulties of bringing about changes in a city like Sydney which is made up of more than 20 local governments, and so involves a lot of different jurisdictions and decision makers to make things happen. City of Sydney Council covers just 26 square kilometres, compared with Brisbane City Council’s 1350 square kilometres.

Meanwhile, Melbourne City Council is locked in a battle with Telstra over its pay telephone network upgrade that involves JCDecaux rolling out new payphone formats for the telecommunications company with 190 cm moving digital advertising display screens. Other councils, including Sydney’s are also in dispute over the payphones’ increased footprint.

To be sure, Isles said the pain that is being seen and felt around city roads and streets today gives him some confidence that things will change, that urban planners will figure out how to build the right things in the right spot, and fleets and commuters will work out how to share transport modes, and lanes.

“We need to create pain to get a shift,” he said, adding, “Congestion causes people to realise they need to change.”