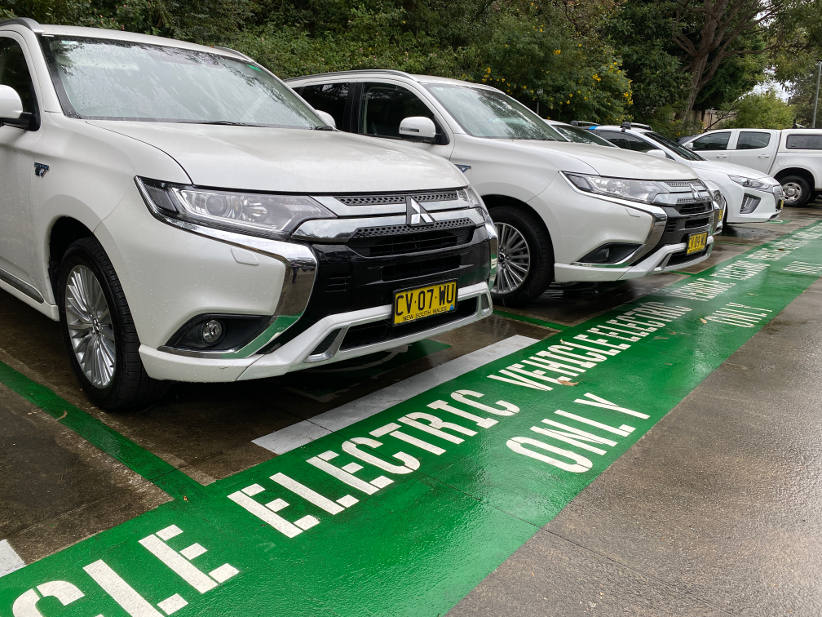 Posted By: The Fan Teamon: May 06, 2021In: Electric Vehicles
Print Email

Councils are leading the way to introduce staff and ratepayers to electric vehicles with a range of programs and by adding EVs to their fleets. They are helping the community understand the challenges and benefits of an electric vehicle fleet.

In Sydney’s Northern Beaches residents will get the chance to have their say on their council’s strategy to encourage the uptake of electric vehicles in the Northern Beaches local government area. In March the council endorsed a proposal to seek community feedback on a framework for installing electric vehicle (EV) charging stations at key locations around the peninsular.

Infrastructure is one of the key challenges of mass adoption of electric vehicles and local governments around the country are tackling the issue and sharing their knowledge with other fleet operators.

Currently, there are four public EV charging stations in the LGA, three of those on private property commercial carparks, with the fourth at the Council-owned PCYC carpark in Dee Why.

Council will also investigate the costs of transitioning Council’s fleet to electric cars by 2023 and explore other technologies such as hydrogen electric.

“As an owner and driver of an EV, I can personally vouch for the many benefits of this increasingly popular and affordable mode of transport. As for the charging infrastructure, this was very simple to have installed at home and not expensive” Mayor Regan said.

“As a Council, it is important we lead by example to drive down carbon emissions and invest in enabling infrastructure that will make it easier for residents to switch to green transport solutions.

“It is important that Council shows leadership by example in a community and reducing pollution should be important in every community.

“Using an electric car sets an example and helps promote their use as practical, efficient and good for the environment.”

The lack of charging stations is a big barrier to the adoption of EVs by local residents and businesses and limits transport investment options.

The draft strategy aims to make it easier for EV take-up by encouraging public and private investment in charging infrastructure to create a core grid of chargers in the LGA.

Council currently has eight electric vehicles and 10 hybrid EVs as part of its 379 vehicle fleet.

Council recently switched its electricity supply for all its operations to 100 per cent renewable sources, saving $1.9 million on power costs and cutting 20,000 tonnes of CO2 emissions.

Northern Beaches Council was also recently the first LGA in NSW to partner with a power utility to trial a community battery to store excess power generated by solar panels consumers have installed on their homes.