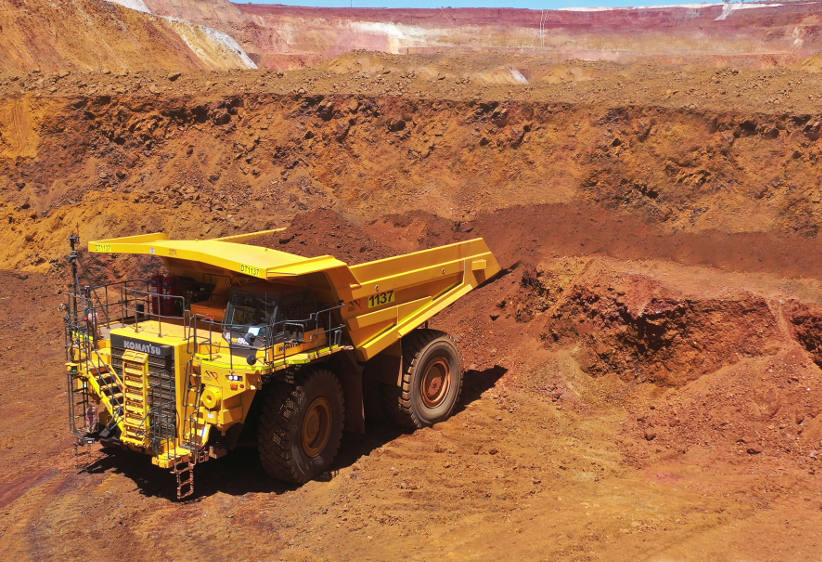 Posted By: Marcon: April 07, 2021In: Plant and Equipment
Print Email

Time and motion, with Formula One-like precision, has become a determining factor in the purchase of new equipment for one of Australia’s most progressive and innovative miners.

Time taken to haul ore from the pit floor to the crusher has been found to make a significant difference in the efficiency of the mine’s operation, and in its environmental footprint.

Western Australian mining company Mining Resources Limited (MRL), has based its success to a degree on the minute detail it puts into every phase of its process. Locally developed crushing technology has allowed MRL to add significant efficiencies to its operation.

The company’s technological point of difference has helped solidify its position as a leading Mining Services company, with earnings from its Mining Services business at more than $300 million (EBIDTA) in the 2020 financial year.

In addition to its Mining Services business, Mineral Resources own its own operations, providing a great research and development platform. At the Iron Valley mine site, the 1.6km climb from the pit floor to the crushing facility and return was the test ground for some new equipment and MRL has gone about its determination with the precision of a Formula One team.

According to MRL, the cycle time with existing dump trucks was 23.84 minutes, but a new faster machine was capable of completing the journey in 21.63 minutes – increasing efficiency by 9.2 percent.

Significantly, the newly available vehicle also increased payload by 10 tonnes, enabling MRL to complete its entire process with the need for one fewer vehicle in its fleet.

“Following the success of the HD1500-8, MRL placed a milestone order for 10 of our machines,” Mr. Lambert said.

The first of Komatsu’s HD1500s went into service with MRL prior to Christmas 2020, and the remaining nine are scheduled to be road freighted from Perth in the first quarter of 2021.

“From a miner’s perspective, cost is a major determinant – capital cost, life cycle cost and productivity,” Mr Lambert said. “In this instance, there was a consistent theme of 10 percent improvement – in purchase cost, payload and operating efficiency – an additional 10 tonnes, 10% faster and 10% cheaper. But increasingly, there’s also the consideration of health and safety.”

As with Formula One technology, the operator had the option of dialing down fuel use in a range from 90 litres per hour, to 80 litres per hour to achieve a full two shifts of operation between refueling. A combined fuel stop, and driver change is standard motor racing practice to improve efficiency.

“The operator can alter the fuel use according to gradient and also the load for the return trip to the floor. It’s as if the HD1500-8 has been purpose built for the mine and in many respects, that is the case. Increasingly we’re capable of working with each specific operator to fine tune our machine to their exact requirements.”