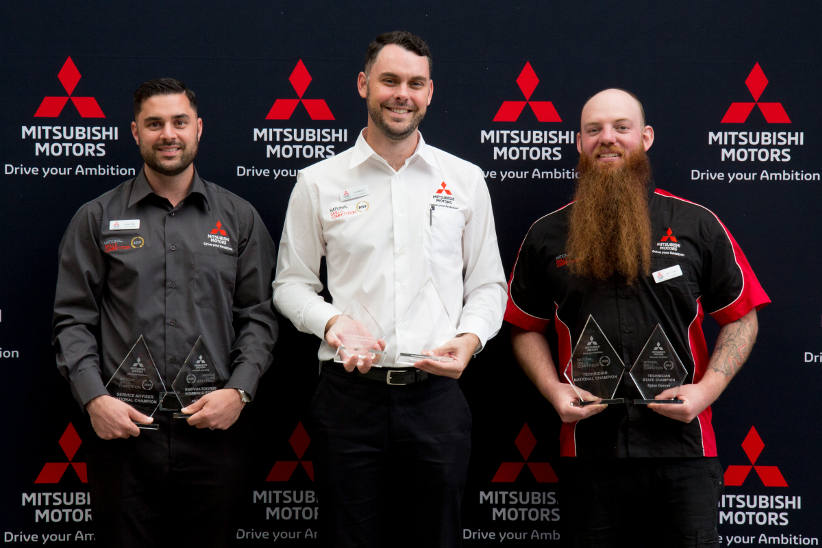 Mitsubishi Motors Australia has announced the winners of the 2019 National Skills Competition at a ceremony in Adelaide.

The National Skills Program recognises excellence across the Mitsubishi dealership network in the areas of customer service and technical expertise. This year marks the 21st anniversary of the program.

Following preliminary and regional qualifiers, the top five performers in each category travelled to Mitsubishi’s Australian head office to compete in the national finals.

To succeed in the competition, participants were required to showcase their product knowledge, customer service skills and technical expertise to solve real customer queries.

“Our dealer staff are critical to ensuring Mitsubishi customers receive the best experience in our dealerships,” said Mr Westcott.

“The National Skills Competition is just one of the ways that Mitsubishi recognises the best of the best in our dealership network.”

In recognition for their efforts, all 15 national finalists will join a Mitsubishi Motors Study Tour in 2020 to Japan.