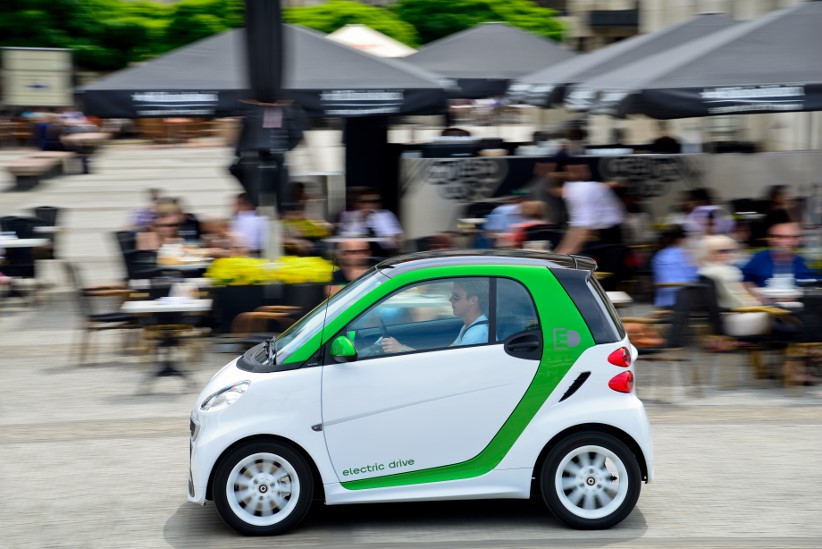 Stuttgart/Berlin – After more than one million kilometres in two years – from May 2013 to June 2015 – the real-world trial of electric cars known as eMERGE has been completed.

The typical supporter of electric mobility is educated and tech-savvy with an above-average income – according to an analysis of the target group in the eMERGE project.

The researchers also made some interesting findings about people who reject electric mobility: the less an interviewee knew about electric mobility, the more negative their opinion. Another result of the study: the purchase price is a key criterion for or against an electric car. On the other hand, interviewees were often unaware of consumption savings.

The ideal target group in the study turned out to be commuters who drive a daily distance of 50 kilometres or more, because this then makes the purchase of an electric car financially attractive owing to the low operating and maintenance costs.

The interviewees also attached very great importance to range, performance, space and charging time. The study found that the decision in favour of an electric car was down mainly to reasons of image, whereas personal environmental awareness was of minor importance. On the other hand, it was found that the purchase decision was very positively influenced by access to a public charging infrastructure.

Findings relating to the charging process

Within the framework of eMERGE the driving and charging profiles of potential users were analysed and the corresponding demand was identified. According to this around a quarter of the charging infrastructure is likely to be required in public places, with over half being needed in semi-public locations such as shopping centres or leisure facilities. Another important finding: the night-time charging demand is what determines the overall demand for infrastructure, because there is generally only one night-time charge per charging point, whereas several charges are possible during the daytime.

A further focus of the research was to test out Plug&Charge among participants with their own photovoltaic system. Plug&Charge means that charging starts automatically without the need for additional identification. An RWE wallbox allowed intelligent charging to be further developed. eMERGE participants were able to adapt their charging strategy, such as charging their smart fortwo electric drive exactly when sufficient power was available from renewable energy sources – in this case from their own solar system. This enables users to charge in a convenient, intelligent and environmentally aware manner.

eMERGE will be directly followed by eMERGE2, which will see up to 200 cars being used in the model regions of Berlin/Potsdam, Stuttgart, Rhine-Ruhr and Rhine-Main. The vehicle fleet will be made up of the battery electric B 250 e and plug-in hybrids from Mercedes-Benz. The different technology and vehicle segments suggest different reasons for use than in the case of the smart fortwo electric drive. The inclusion of plug-in hybrids allows the project partners to study the usage patterns of a further group of customers and to compare them with those of customers with all-electric vehicles. In this way, the findings from real-world customer use in eMERGE2 can, in turn, be pooled with other empirical data – such as from endurance trials – and be incorporated into the development of electric drivetrains and systems.

Background information on the trial

Those taking part in the project were private and business customers with 146 smart fortwo electric drive cars from Berlin, Potsdam and North Rhine-Westphalia. Some of them set records: the lowest average energy consumption over one year was 10.4 kWh/100 km, while the longest range was 161 kilometres. The smart fortwo electric drive is certified with a consumption of 16.3 kWh/100 km and a range of 145 kilometres.

The broad-based field trial within the framework of the eMERGE project has not only provided information on user behaviour and e-car technology; it also studied intelligent charging systems for improving the utilisation of the power supply as well as various pricing systems with regard to customer acceptance.

Based on transport models, the project partners examined the need for a publicly available charging infrastructure. Within the project Daimler was responsible for collecting the driving and charging data required for evaluation of the field trial. Data such as charging time and charging frequency were collected anonymised and scientifically evaluated; there were also regular interviews with the participants.

“The participants in the eMERGE research project have made a key contribution to the mobility of the future. With their assistance, we have scientifically investigated the real-world customer use of electric cars and thereby obtained valuable data to help us develop future electric cars”, says Harald Kröger, Head of Development Electrics/Electronics & E-Drive Mercedes-Benz Cars.

“Increasingly low-cost battery systems will enable us to offer our customers ever more attractive prices in future. However, we also advocate an attractive system of incentives capable of giving a quick boost to electric mobility. Daimler already offers the world’s most diverse fleet of electric and hybrid vehicles and is continuing to invest heavily in the development of alternative drive systems.”

Alongside the Mercedes-Benz plug-in hybrid initiative, which envisages a total of ten models by 2017, the company is also planning further all-electric vehicles powered by either battery or fuel cell.

On the occasion of the closing event Norbert Barthle, Parliamentary State Secretary at the Federal Ministry of Transport and Digital Infrastructure (BMVI), emphasized: “The Federal Government is involved in the eMERGE fleet project with a financial support of around 6,5 million euros. We are glad to actively support the market development of electric mobility. For the upcoming market launch we need an extensive and nationwide use of electric vehicles in public and private fleets. The BMVI sets a good example.”