LATEST NEWS
SYDNEY
Home Industry Suppliers How do you catch more crooks? With a better car 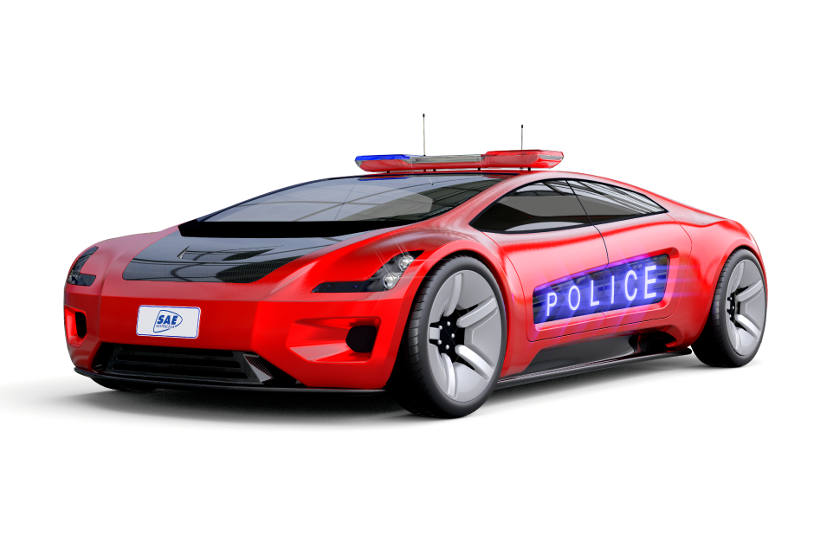 Purpose-built design and advanced composite construction can deliver police benefits that go far beyond the good looks of a concept car.

How do you catch more crooks? With a better car

A purpose-built police car would offer law enforcement agencies unique operational and financial benefits, according to the Society of Automotive Engineers – Australasia (SAE-A), the peak Asia-Pacific body for mobility engineers.

SAE-A Chairman and CEO Adrian Feeney said a specialised design would free police forces from the many compromises involved in adapting a volume-built car to their needs.

“Police cars all around the world are cluttered with add-on equipment that was never a design priority for the cars on which they are based,” he said.

“But our unique police car will be designed from the ground up to meet all the requirements of police forces both in Australia and overseas.”

“It takes a lot of work to fit modern police equipment to an existing design, especially if you need to convert that vehicle back to a normal car after its police service life,” Mr Veitch said.

“A car designed from the outset to meet police needs could also be designed for a very specific second life, most likely as a taxi, with easy conversion as part of the design.”

The Ford Falcon and Holden Commodore “police packs”, introduced in 1978 and 1981 respectively, served 30-plus years for general duties, highway patrol and prisoner transport.

“Since then we have seen BMW, Mercedes, Kia, Hyundai, Volkswagen and Chrysler among the prominent suppliers to Australia’s police forces.

“Some of these imported cars cost thousands more than the Commodores and Falcons they replace, so we believe we could produce a special-purpose car at a competitive price.”

Mr Feeney said the equipment and features fitted to Australian police cars could be readily designed into the electric, composite, modular and partially autonomous new car.

“A powerful engine and automatic transmission are part of it, along with minimal maintenance, and these are easily matched by an electric car,” he said.

“Then there’s radar equipment, a calibrated speedometer, roof-mounted number plate recognition cameras and a laptop computer with mobile data terminal – all much more readily built-in than added on.

“Once you start adding up the cost and complexity of accommodating all this gear in a mass-produced car, it’s easy to see the potential for designing them in from day one.”