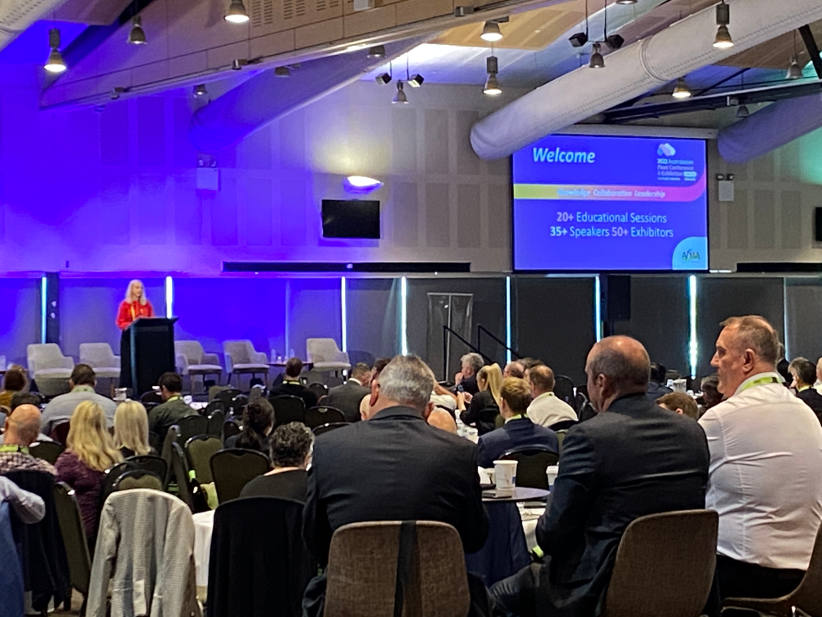 It’s a new venue in a post COVID environment and the AfMA team have pulled off another successful event with a record number of attendees that packed the room during the opening session on the first day of the 2022 Australasian Fleet Management Conference and Exhibition at Rosehill Gardens in Sydney.

When Fleet Auto News caught up with Mace Hartley, Executive Director at AfMA, just before the awards dinner we asked him to nominate the best session of the day.

“The speed dating with eight manufacturers worked really well,” Hartley said. “It was a great opportunity for the audience to hear the different corporate philosophies in a five minute session that wasn’t a sales pitch. Quite often if you’ve been dealing with one supplier for many years you aren’t aware of what others are doing. So this was a great start to the day to get people curious.”

The day started with the some early morning networking over coffee as the crowd poured into the venue. There were many familiar faces and some first timers from Melbourne that had always been too busy to attend a home event.

Several announcements and introductions were made, and AfMA President Lee Sauerwald gave a special recognition to Tim Roberts who has contributed to the success of AfMA in various roles over the last 20+ years and is moving into retirement mode.

A Slido quiz was part of the introduction. Delegates were asked to nominate their age to the closest half decade. The average age in the room was 50 which suggests a transition is approaching and the next few years will see a younger demographic influencing fleet decision making with a different perspective to their predecessors.

And a group of future leaders were recognised as graduates of the Diploma of Leadership and Management from Swinburne University. There were five people recognised as part of the 2021 cohort which was amazing considering they completed the course during a year of rolling lockdowns and other challenges.

Charlie Silk from QFleet reflected on the achievement and acknowledged that fleet management wasn’t a career option when she left high school but had become a rewarding and fruitful choice. After spending 20 years in the industry she was surprised with how much she learnt while completing the course and enjoyed the opportunities for personal growth along the way. She encouraged other people to look at the course as a way to become a better leader and to help grow the industry as a profession.