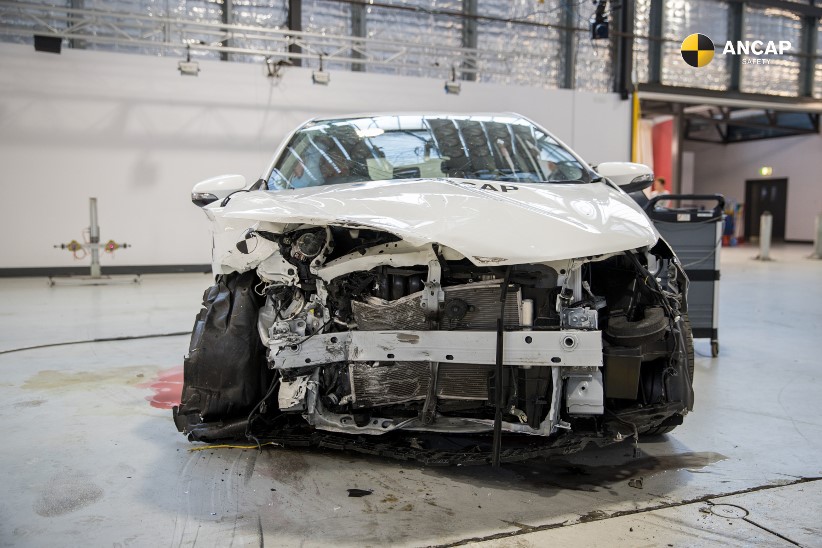 ANCAP, the independent Australasian New Car Assessment Program which provides consumers with safety ratings, is adding eCall to its safety rating system by 2025. Any new vehicles sold in Australia at this time will require eCall to achieve the five-star rating.

James Hurnall, technical director at ANCAP, made the announcement on a webinar on eCall hosted in November by Intelematics and ITS — Intelligent Transport Services.

The move is significant as many of the biggest and best fleets in Australia have a vehicle purchasing policy that states only vehicles carrying the five-star ANCAP rating can be considered.

Intelematics, a unit of RACV, and ITS, the peak body for advanced transport technology, hosted the webinar —  How eCall in Australian vehicles can help achieve Vision Zero Fatalities — as a follow up to a white paper launched earlier this year explaining eCall and their advocacy for making the life-saving system mandatory in Australia.

Australian governments have committed to a vision of zero road crash deaths and serious injuries by 2050. It’s known as Vision Zero and its adoption is a commitment to a road transport system that does not kill or seriously injure people; the underlying principle is that no one should be killed or seriously injured using the road networks.

Emergency call, or eCall, has been mandatory in Europe in new vehicles since 2018. It uses technologies like geolocation and automated calling. It’s triggered into action in the event of an accident, when an airbag is deployed, and contacts either a third-party service or emergency services directly, giving the location of the vehicle and critical information like speed of the vehicle on impact, and how many seatbelts in the vehicle were in use.

As Andy Rooke, senior vice president, British APCO — Britain’s key adviser to the European Commission on eCall deployment in Europe, and a panellist on the webinar, said: as an accident victim often you have no idea where you are.

“Even on this crowded little island, we have frequent conversations: Where are you? Well, I don’t know. I’ve left London. I’m on my way to Brighton. I haven’t reached Brighton yet. So where are you? And that’s 160 kilometres and it could be anywhere,” said Rooke.

In Australia, where a high proportion of accidents occur on remote roads, often a single vehicle incident with no witnesses, having eCall may be the only chance of survival for some victims.

“Two thirds of road fatalities are happening in rural and remote areas, the majority of which are single-car, high-speed incidents.” said Katherine Anderson, product manager at Intelematics.

To be sure, time is of the essence in road accidents. The first hour after a collision is known as the golden hour, because assistance to an injured person in the first hour can be critical for survival. Every minute helps cut morbidity and mortality rates.

Because it captures data automatically from the vehicle, eCall is able to reduce the response time of emergency services. Within five to 10 seconds, agents can be speaking with the vehicle occupants and have all available event information on hand to promptly engage emergency services as needed.

Data from Europe suggests eCall will save as many as 200 lives a year in Australia. In 2020, there were 1,106 fatalities and 40,000 series injuries on Australian roads, costing the economy almost $30 billion.

The ANCAP commitment to include eCall in its safety ratings is significant in that it could be the catalyst to get national guidelines in place for how eCall will communicate with emergency services.

“We have been working with Telstra and various government agencies to work out how can we make it happen, how can we introduce the public infrastructure for eCall,” said Hurnall.

Meanwhile, Intelematics has a product Asure which can receive the eCall and relay critical information to emergency services to ensure false alarms aren’t a problem, said Anderson. This is the system used by Toyota, which has included eCall in some vehicles sold in Australia.

Elsewhere, some devices have recently been launched in Australia with no intermediary, resulting in false alarms going to emergency services.

A poll conducted during the webinar showed a whopping 83 percent of participants in favour of mandating eCall in Australia.

— Caroline Falls is a freelance writer. She can be contacted at carolinefalls@gmail.com. She has been contributing to Fleet Auto News since 2015.